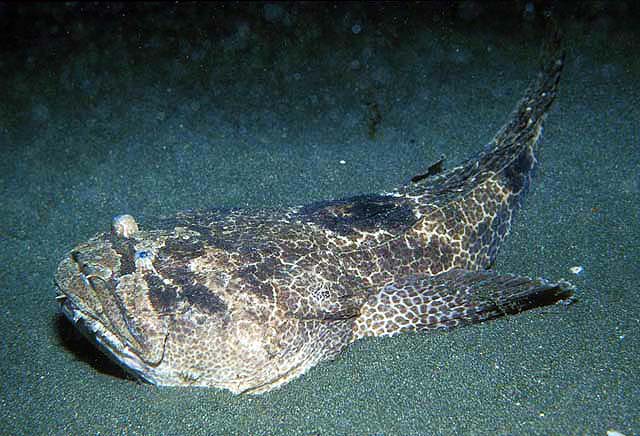 gill opening on side, before pectoral
pelvic I, 2-3
Images
Species in this Family (16) Similar Families (4)

Toadfishes are small to medium sized fishes (to 57 cm) characterized by a relatively large, wide, flattened head that is often equipped with barbells or fleshy flaps; a wide mouth; eyes upward directed, positioned on top of the head; head spines present on operculum and suboperculum (except latter spines absent in Aphos and Porichthys); no canine teeth (except in Porichthys); gill openings restricted to side, before pectoral fin base; dorsal fin consists of  II or III stout spines followed by a separate, long second dorsal fin; the dorsal spines of Daector are hollow and connected to venom glands, but those of other species treated here are solid and not associated with venom glands; long-based second dorsal and anal fins without spines; pelvics under operculum, before pectorals, I, 2-3; body with or without scales; 1-4 lateral lines on head and body.

Toadfishes are bottom dwellers that shelter under rocks, in crevices, or bury themselves in sand or mud. Some species migrate seasonally to spawn and during this period are capable of producing curious "boat-whistle" sounds. Eggs are attached to rocks, or on the inner surface of pipes, tin cans or other submerged debris. They occur in brackish coastal estuaries as well as to depths of at least 300 m. The diet consists of crabs, shrimps, molluscs (bivalves, gastropods, chitons, and octopus), echinoderms and fishes. Food is generally consumed whole; the stomach is capable of considerable expansion.

Toadfishes are circumglobal in tropical to temperate seas; there are about 79 species in 20 genera, with 16 species from 4 genera in our region. 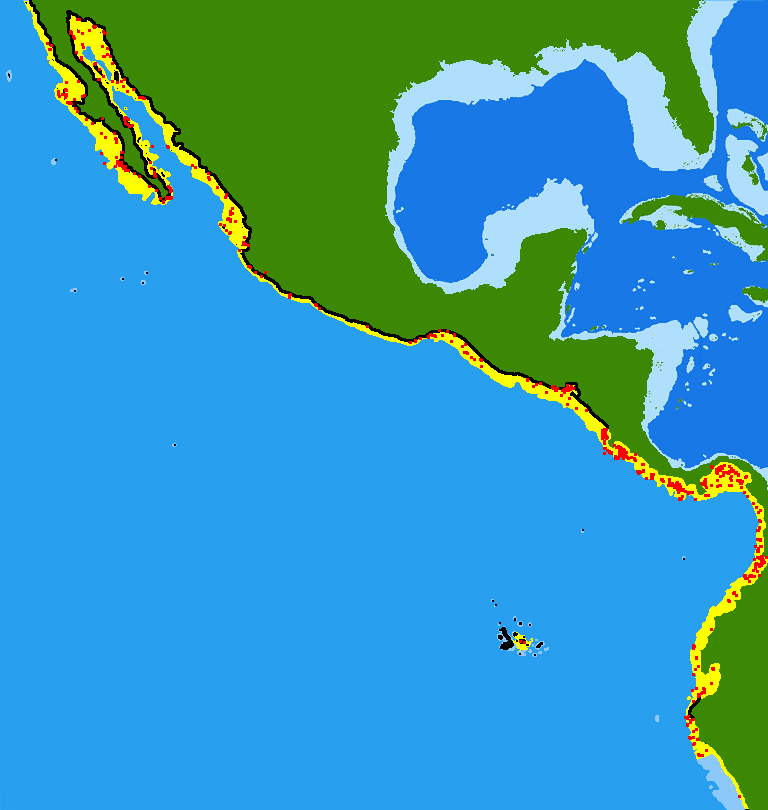