length D2 base > distance D2 base to C base 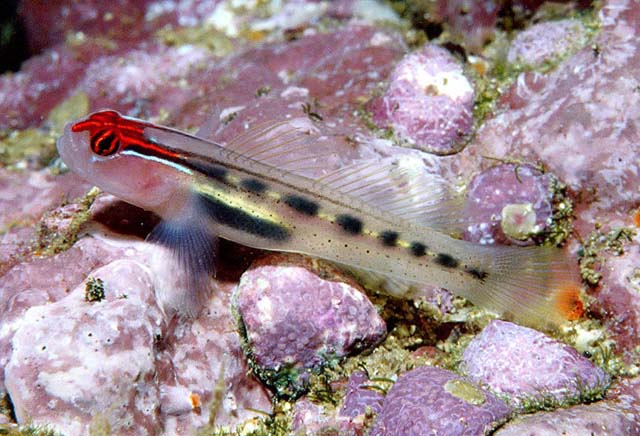 Most gobies are small fishes, < 10 cm, but can get to 60 cm; some of the  smallest known vertebrates in the world are included in this family. Gobies have elongate, stout bodies; the head is short and broad, with a rounded snout, often with barbels; teeth small, sharp, conical, in 1-several rows on jaws; gill membranes broadly joined to body under throat, with 5 rays; usually 2 dorsal fins, 1st with IV-VIII slender spines, 2nd I, 9-18; length of 2nd dorsal base > distance from 2nd dorsal base to tail fin; anal fin I, 9-18; pelvic fins long, I, 5, fins separate or partially to completely fused to form a disc or plate; head and body scaleless to completely or partly scaled, scales smooth to rough; head with sensory pores and papillae; no lateral line on body.

Gobies dwell in marine or estuarine habitats, but there are a number of purely freshwater species as well. They are either bottom-dwellers or hover in the water column, a short distance above the bottom. They are associated with a variety of substrata, but many species exhibit an affinity for sand, silt, or mud bottoms. The depth range includes tidepools or shallow waters next to shore and offshore areas down to at least 276 m. Some members of the genus Elacatinus, which are among the most brilliantly colored gobies, are parasite "cleaners" and can be seen on the surface of much larger fishes such as moray eels and groupers. Because of their small size, gobies are usually not used for human food, but due to their huge numbers they are an important part of the reef"s food chain. Gobies exhibit a wide range of feeding habits, but most species are carnivorous. Much of the diet is composed of crabs, shrimps, smaller crustaceans (such as copepods, amphipods, and ostracods), molluscs, annelids, polychaetes, foraminiferans, sponges, and eggs of various invertebrates and fishes.

The gobies are the largest family of marine fishes in the world with about 238 genera and 1, 450 species, most of which inhabit the vast Indo-Pacific region. In shallow marine and estuarine habitats in our region there are 86 known species, all endemics, from 27 genera, 7 of those endemic. 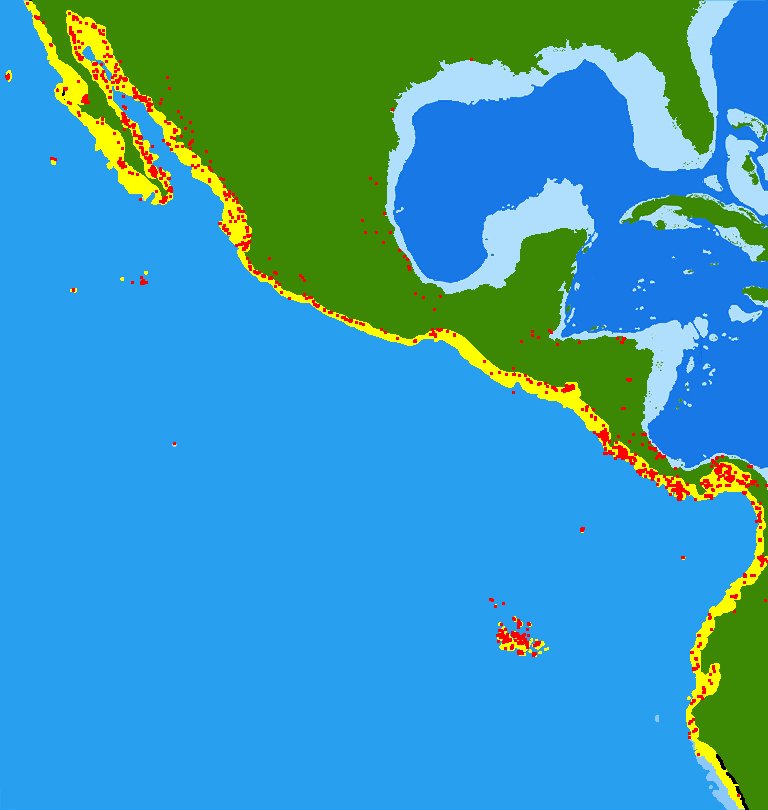