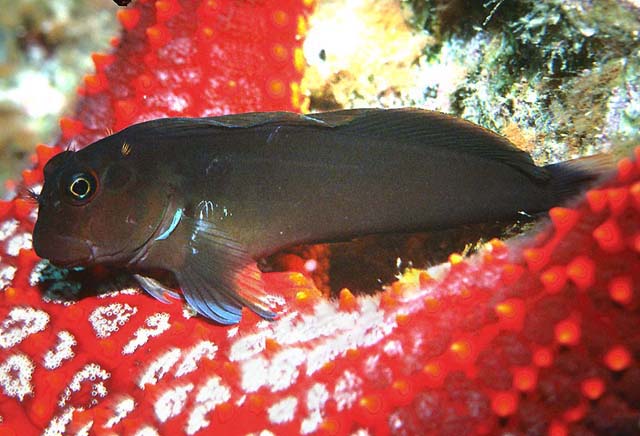 Blennies are small fishes (to ~ 20 cm) with elongate bodies; usually a relatively blunt head, with the eye high on its side; usually cirri or skin flaps on the eye, sometimes on front nostrils and nape; mouth low on the head, not protrusible; jaw teeth numerous, slender incisors, close-set, either fixed or moveable, in a single row, a pair of large canines at the rear of the lower jaws, and sometimes the upper; teeth rarely on center of roof of mouth, never on sides; gill openings either unite under throat or are restricted to sides; dorsal fin continuous, long-based, X-XIII flexible spines, 11-22 segmented rays, usually fewer spines than soft rays, with or without a notch between spines and rays; anal fin long based, II spines; pelvic fins insert before pectoral base I, 2-4; fin spines flexible; all segmented fin rays unbranched, except those of tail fin, which are almost always branched; lateral line varies from complete to present only on front body; no scales.

Comb-tooth blennies are bottom-living fishes that represent a conspicuous element of reef fish communities throughout the tropics; most subsist mainly on benthic algae.

Blennies are well represented in all tropical and subtropical seas, with 57 genera and ~ 385 species. In our region 15 species from eight genera are known, 13 endemics and two western Atlantic species that have passed through the Panama Canal. 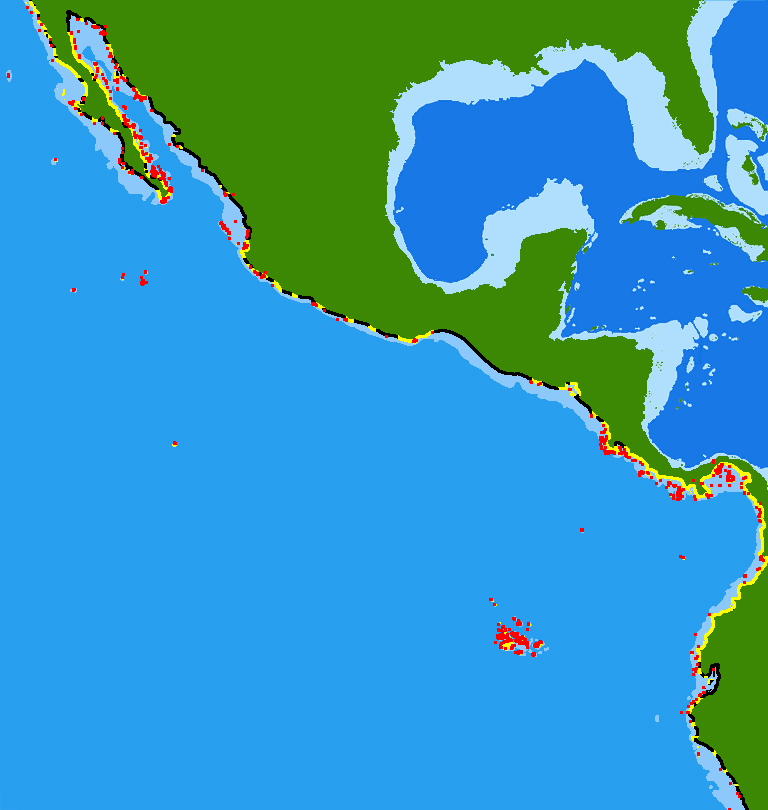