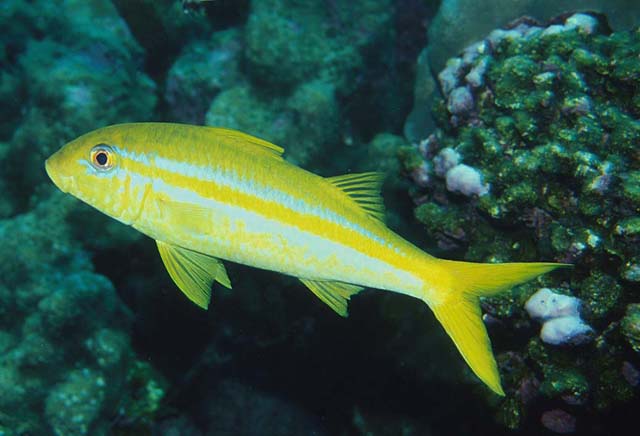 In goatfishes, which are small to medium sized fishes (up to 40 cm), the body is moderately elongate, slightly compressed; underside of head and body nearly flat; eye high on side of head; mouth small, at lower edge of head, protrusible; relatively small villiform or conical teeth; chin with a pair of large, long barbells that fold into a central groove on throat; 2 well-separated dorsal fins, VII-VIII + I, 8; a forked tail; scales large, slightly rough.

The long chin barbells have chemosensory organs that are used for detecting food. They are also used by males to attract females during courtship. When not in use the barbels are tucked tightly under the chin. Goatfishes feed on small fishes and a variety of mainly sand and weed-dwelling organisms including worms, shrimps, crabs, molluscs, and echinoderms. Many species are considered good eating.

Goatfishes occur in all warm temperate and tropical seas, usually in the vicinity of reefs. Worldwide there are six genera with about 55 species; most inhabit the Indo-West Pacific. Only two endemic species and one Indo-Pacific species from two genera are found in our area. 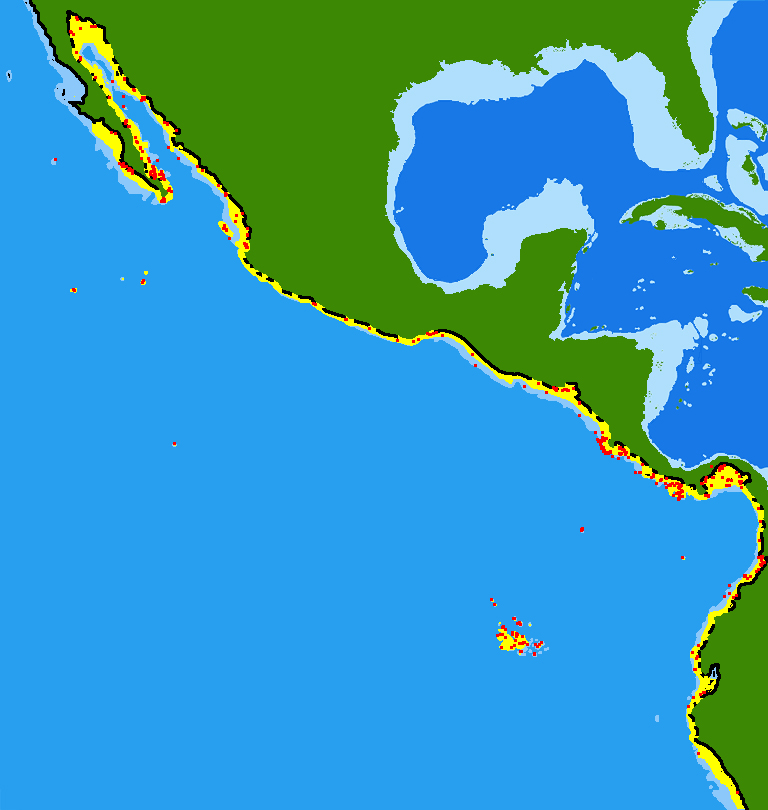