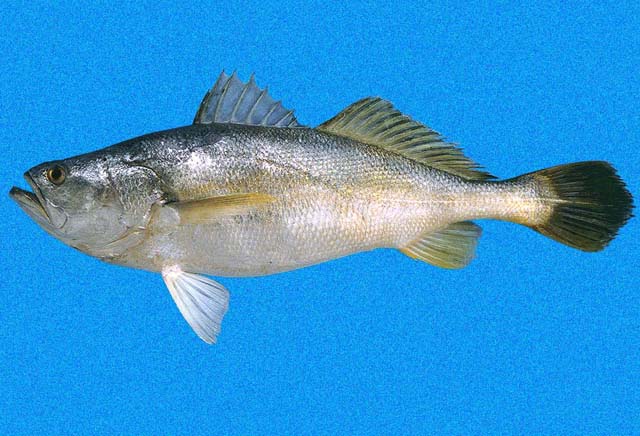 Croakers are elongate to oval, compressed, small to large fishes (to 2 m); head short to medium sized, usually with bony ridges and large cavernous sensory canals, which make the head spongy in some forms; snout usually relatively blunt; conspicuous pores on the snout and chin; often a knob, barbell or patch of small barbells on the chin of some species; teeth in most are simple and in bands, but some have canines; no teeth on roof of mouth; top corner of gill opening notched; a swim bladder that often has many branches; a long-based dorsal fin that is deeply notched (completely separated in a few species) between the spiny and soft parts; anal fin with II (I-II) spines; tail fin variably shaped, but never forked; the lateral line extends to the center of the end of the tail fin.

Croakers derive their common name from the croaking or drumming sounds that are produced by specialized muscles on the body wall connected to the swim bladder. The bladder serves as a resonating chamber that amplifies the sound. These fishes are generally bottom dwellers that inhabit sandy or muddy areas, frequently off beaches or in sheltered bays, estuaries, and river mouths. Other species occur offshore on the continental shelf (usually in less than 50 m depth) and are an important component of trawl fisheries. The annual landing of sciaenids is very substantial, both from trawlers and from gill net fishermen. Indeed, the various species of corvina are a common element of fish markets throughout the region. They are generally carnivorous, feeding on a variety of small fishes and benthic invertebrates.

Sciaenids are found worldwide, mainly in tropical and subtropical seas, but a number of species also inhabit fresh waters (particularly in South America). Worldwide there are an estimated 66 genera and about 284 species. This is one of the largest families in the region. Seventy-eight endemic species from 25 genera have been recorded from our area. 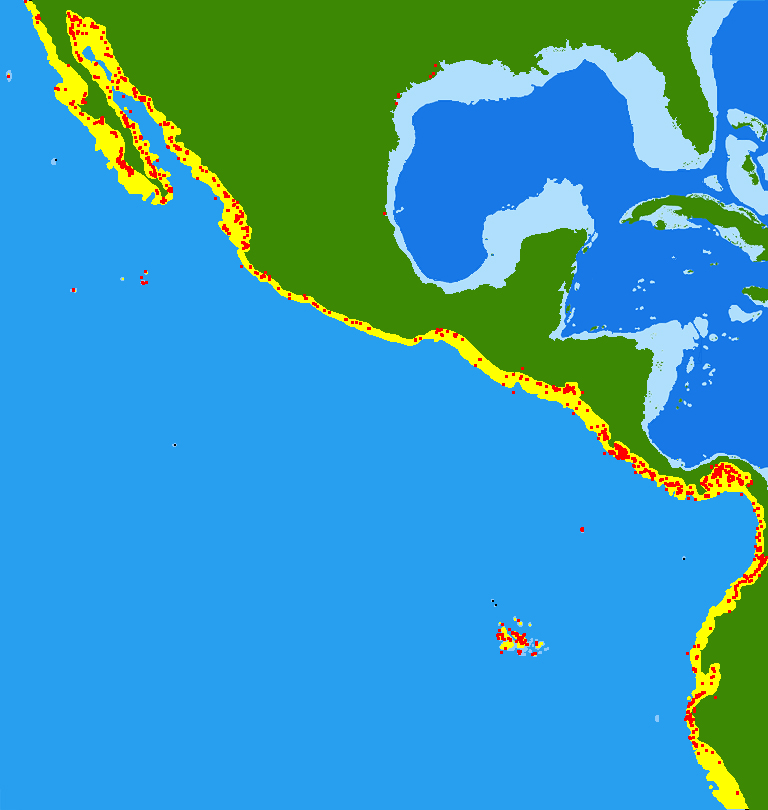