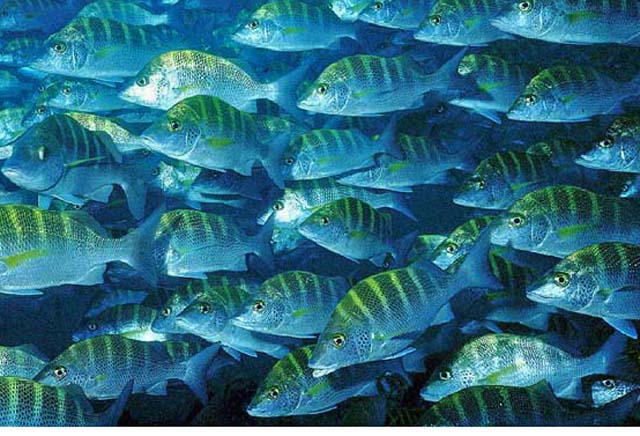 chin: 2-6 pores + groove
teeth conical, not on roof of mouth
A III
Images
Species in this Family (37) Similar Families (5)

Grunts are medium sized fishes (~ 20-75 cm) that have oblong, compressed bodies; a pair of conspicuous pores plus (in almost all genera) a central groove under the chin; mouth relatively small, often with thick lips, bands of jaw teeth that are small and conical (no canines), no teeth on the roof of the mouth; rear margin of bone under eye concealed by scales; a serrated preopercle; one opercular spine; a single dorsal fin with XII-XIV spines; moderately long pectorals; pelvics under the pectorals; anal fin III (2nd spine often large), 6-13; tail fin concave to forked; rough scales, over entire body and head except front of snout, lips and chin.

The common name of grunts is derived from their habit of emitting grunting noises that results from grinding the upper and lower pharyngeal teeth. This sound is greatly amplified by the gas bladder. Grunts are primarily nocturnal. During the day they shelter in the reef, then disperse for feeding at dusk. Many of the eastern Pacific species form huge daytime resting aggregations next to the reef. The diet of grunts consists of a wide variety of benthic invertebrates; although the young may feed predominately on plankton. The flesh is generally considered to be good eating. Most of the species have distinctive markings and are readily recognized, except species of Pomadasys are often similar in appearance and their correct identity may present a challenge. The family was formerly known as Pomadasyidae.

The grunts are a family of small to medium-sized fishes that occur worldwide in tropical and temperate seas. The group contains about 19 genera and approximately 137 species. A total of 35 species in 10 genera occur in the tropical eastern Pacific; all are endemics. 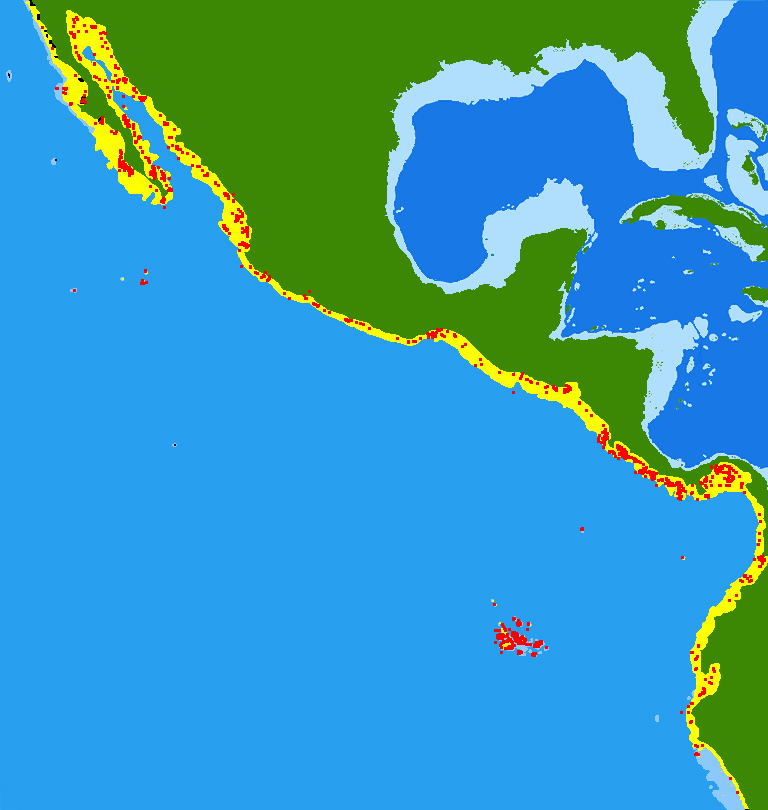