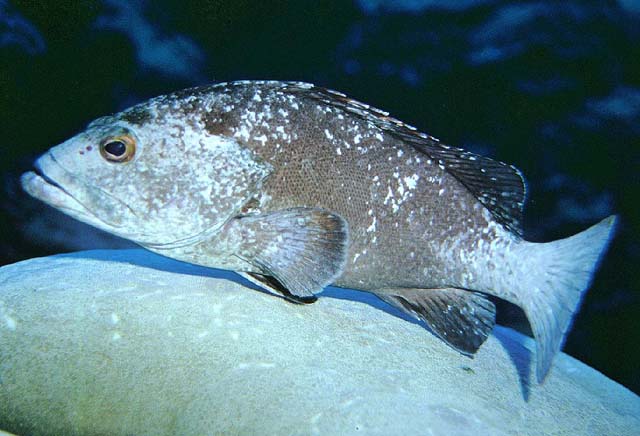 Although most serranids are bass-like in appearance, there is considerable diversity of form and habits. They range in size from the collosal (to 270 cm and over 400 kg) to tiny (3-4 cm). Because of their great diversity it is difficult to define the Serranidae in terms of external characteristics. Most species have three spines on the gill cover (the upper and lower spines often inconspicuous); the rear margin of preopercle is almost always serrate or has small spines; maxilla (rear bone of the upper jaw) is fully exposed on the cheek when the mouth is closed; the mouth is large, opens at the front, or with the lower jaw projecting; more than one row of teeth on the jaws, most are simple, front teeth in some species are canines; top and sides of roof of mouth usually with simple teeth; one continuous dorsal fin; anal fin with III spines; scales small, usually rough or secondarily smooth.

Groupers and their relatives comprise one of the major groups of predatory fishes found on reefs. They feed on a wide variety of fishes and invertebrates (frequently crustaceans). Most species live on or near the bottom, but members of the genera Hemanthias and Paranthias form large mid-water aggregations and feed on plankton. Serranids are hermaphroditic, with adult  females capable of transformation to the male sex. Individual of some species (e.g. of Serranus) have both male and female organs which can function at the same time. Some groupers form aggregations at certain times of the year to engage in nocturnal spawning.

This large family of reef fishes is represented circumglobally by 70 genera and at least 505 species that occur in tropical to temperate waters. In our region there are 54 shallow water species from 16 genera; all are endemics except two neotropical species of Epinephelus, E. itajara and E. Mystacinus. 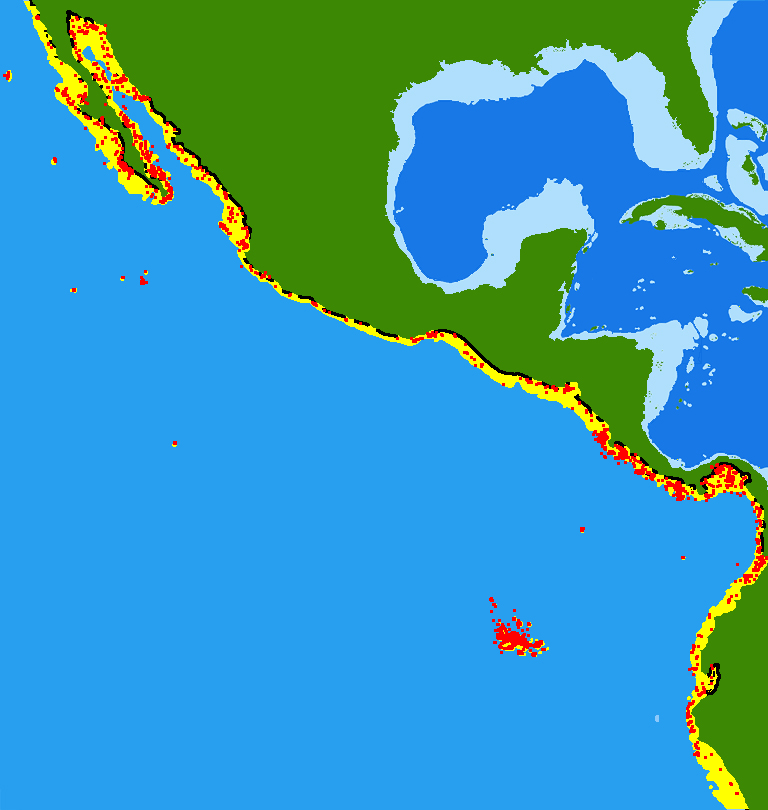