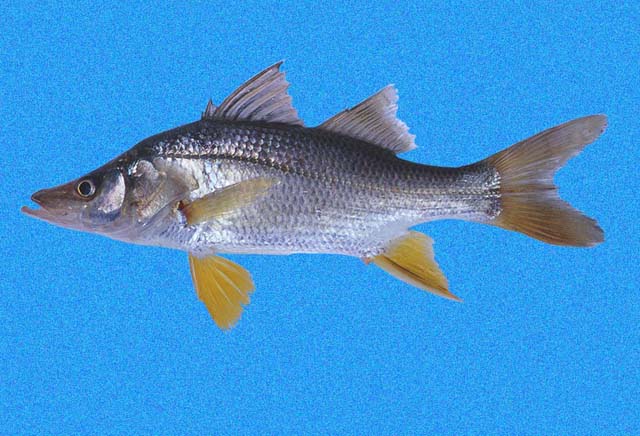 pelvic base: large scale
A: short base, III large spines
LL: to end of C
Images
Species in this Family (6) Similar Families (1)

Snooks are very common in mangrove areas and exhibit a wide tolerance to salinity fluctuations. They readily enter rivers and may occur in pure fresh water. Snooks feed on a wide variety of invertebrates and fishes. They are fine angling fishes and are good eating. They also form an important portion of the commercial catch in the region.

The family Centropomidae has two subfamilys, represented by the American snooks (Centropomus) and the W Pacific Barramundis (Lates) and its relatives in the Indo-W Pacific and the freshwaters of Africa. The two subfamilies include 4 genera and ~ 23 species. 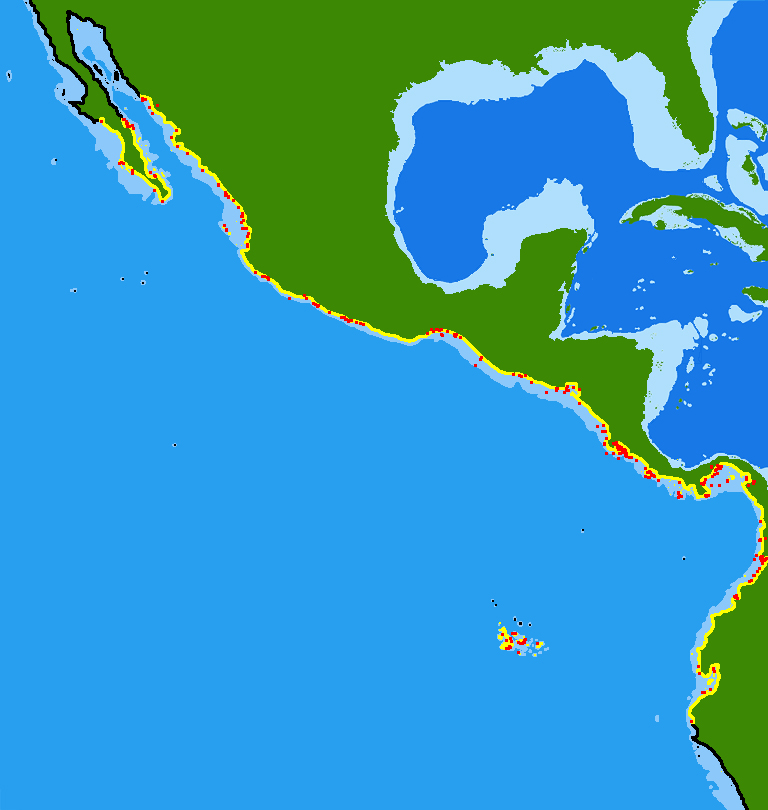