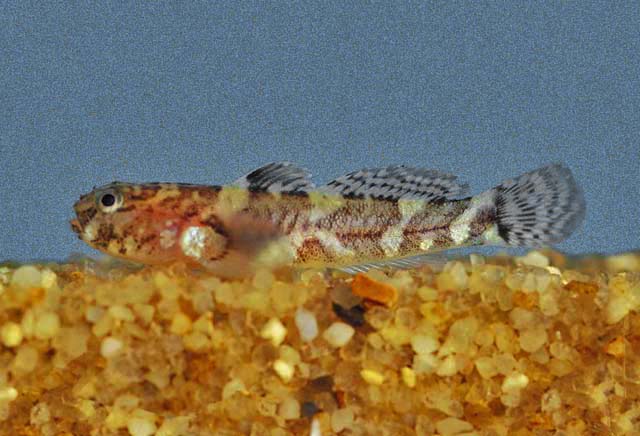 Body robust; head broader than deep, cheeks swollen; a pair of thick barbels under chin, 1 prominent barbel under front nostril, a pair of barbells at tip of snout; pore between front edges of eyes, 2 pores above opercle, pores on preopercle; both nostrils tubular; teeth in bands, with some canines, none on sides of roof of mouth; tongue with round tip; gill opening restricted to vertical opening as long as width of pectoral fin base; dorsal fin VII + I, 13-14, 2nd  long based, low membrane joins two fins; anal I, 9-11; pelvics fused in disc that has smooth front edge; tail round, with 17 segmented rays; scales small (33-59 along side), smooth, present behind level of inner pectoral base; 2 very rough scales at base of tail fin; head, breast & belly scaleless.

Dark grey, with ~ 4 irregular wide, oblique white bars and spots on body; a series of dark dashes along mid-flank ;white blotch on the pectoral base, with a dark crescent at the base of the fin; head with pale bars under and before eye, and a pale bar back from eye; first dorsal blackish, with white spots on base; second dorsal with ~ 3 dark stripes and a dark margin; tail fin with ~ 4 blackish bars. Male can be all brown, with white submarginal stripes on the dorsal fins.

E Gulf of California to Colombia. 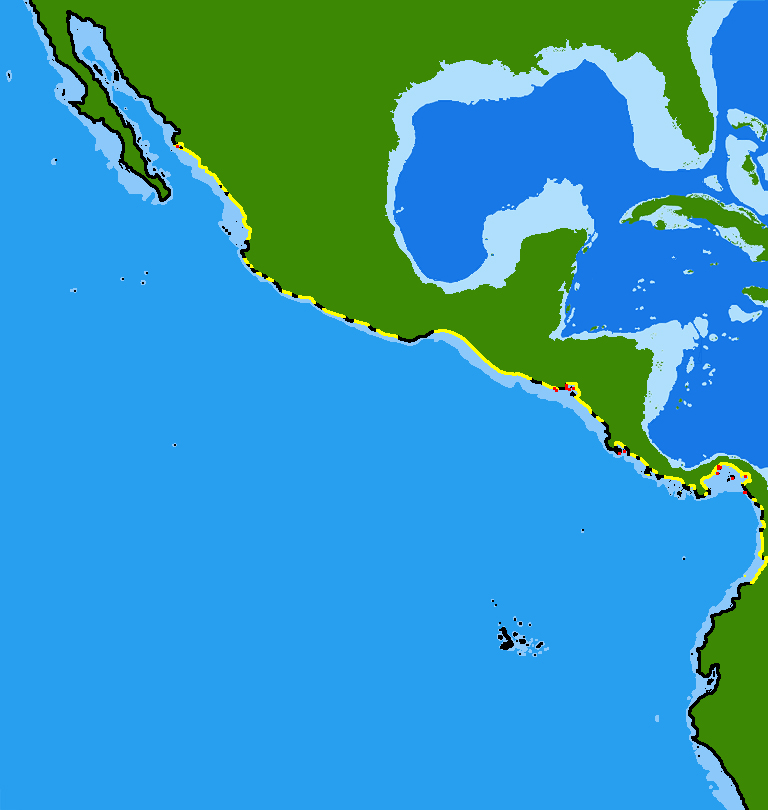