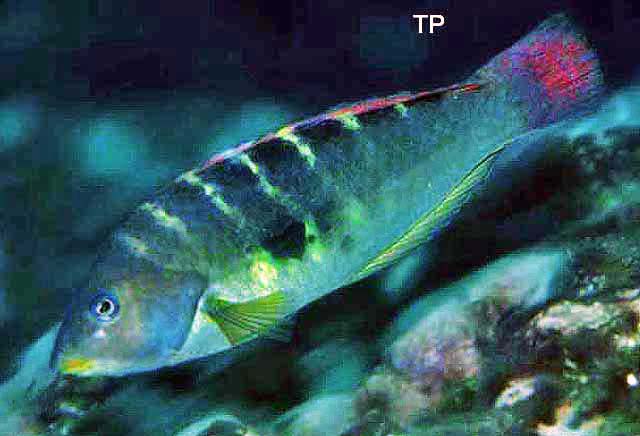 IP:  dark green on upper half, light green below, about 5-6 alternating yellow and black patches along upper back; TP: with 7-8 blackish bars on upper half of body with narrow yellow bars between, a blackish patch behind pectoral fin, and caudal fin red; juvenile similar to that of H. chierchiae,  except very small fish may also turn almost black, with a clear tail fin, and a narrow white bar across the body just behind the pectoral fin.

Southern Baja and the Gulf of California to northern Peru; also the Revillagigedos, Cocos, Malpelo and the Galapagos. 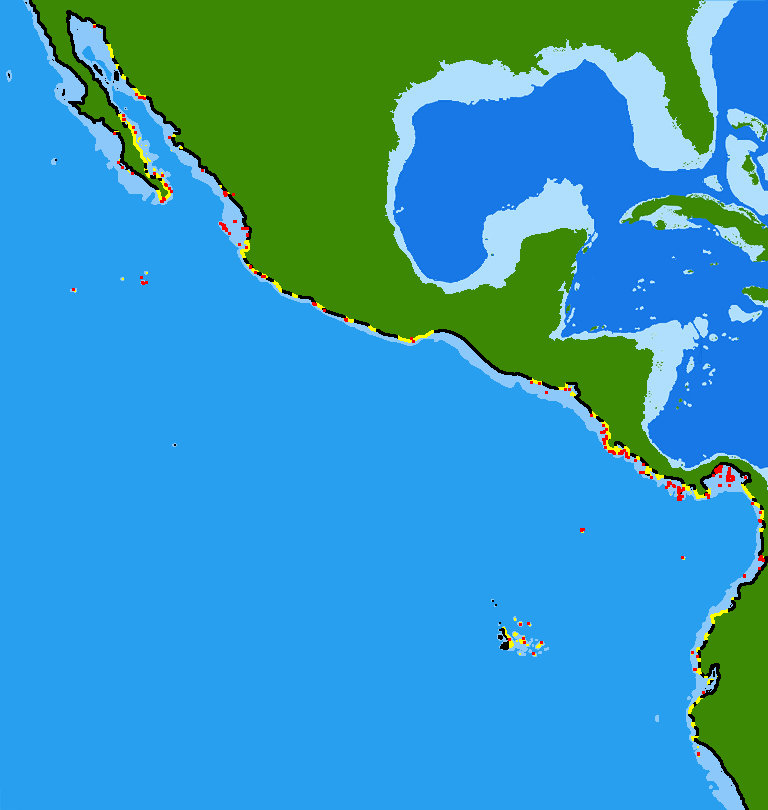