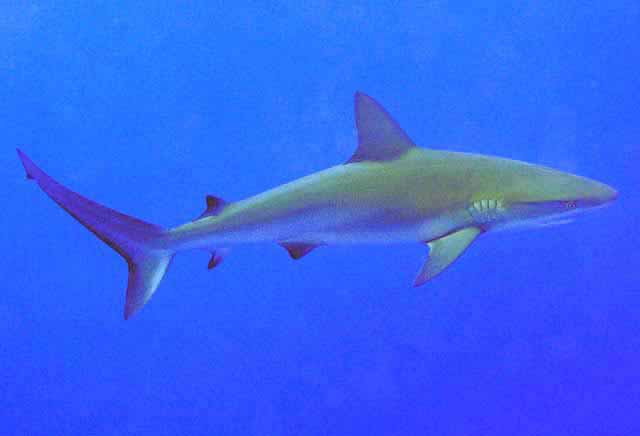 Requiem sharks are small to large sharks (~ 1-7.4 m); elongate to robust; snout ranging from broad and blunt to long and conical; eyes round, with lower eyelids (internal nictitating membranes); usually no spiracles (Galeocerdo is the exception) nostrils without barbells or grooves; mouth large, arched, extends well behind eyes; grooves along the sides of the lips at the rear of the mouth; teeth of variable sizes, blade-like, with or without accessory points, upper and bottom teeth with different forms, upper front teeth smaller than those at sides, front and side teeth not separated by a group of small teeth; 5 gill slits, last 2 over pectoral base; 1st dorsal fin base smaller than upper lobe of tail, situated entirely before the pelvic fins; 2nd dorsal much smaller than 1st; anal fin moderately large, its origin before or under 2nd dorsal origin; tail base with pits above and below before tail fin; tail strongly asymmetrical, lower lobe of tail well developed, upper lobe with undulating ridge along its top edge, and a notch under its tip.

The requiems are one of the largest and best known family of sharks.  Worldwide there are 50 species in 12 genera; 22 species (13 circumglobal, 1 trans-Atlantic, 7 W Atlantic and 1 endemic) in 6 genera occur in our region. 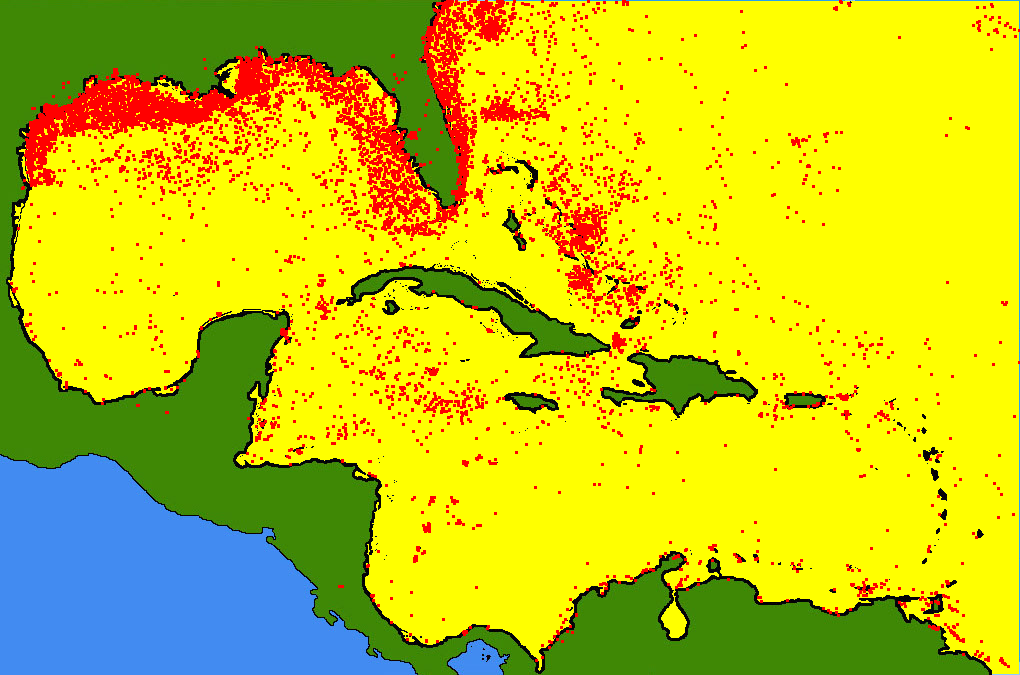