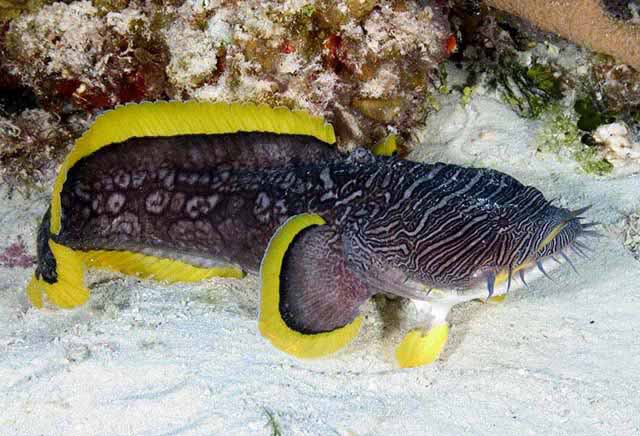 mouth wide, usually with tentacles
gill openings - side only
pelvic under operculum
1-4 LL
Images
Species in this Family (23) Similar Families (2)

Toadfishes are small to medium sized fishes (to 57 cm) characterized by a relatively large, wide, flattened head that is often equipped with barbells or fleshy flaps; a wide mouth; eyes upward directed, positioned on top of the head; head spines present on operculum and suboperculum (except latter spines absent in Aphos and Porichthys); no canine teeth (except in Porichthys); gill openings restricted to side, before pectoral fin base; dorsal fin consists of  II or III stout spines followed by a separate, long second dorsal fin; the dorsal spines of Daector are hollow and connected to venom glands, but those of other species treated here are solid and not associated with venom glands; long-based second dorsal and anal fins without spines; pelvics under operculum, before pectorals, I, 2-3; body with or without scales; 1-4 lateral lines on head and body.

Toadfishes are circumglobal in tropical to temperate seas; there are about 79 species in 20 genera, with 23 species from 7 genera in our region. 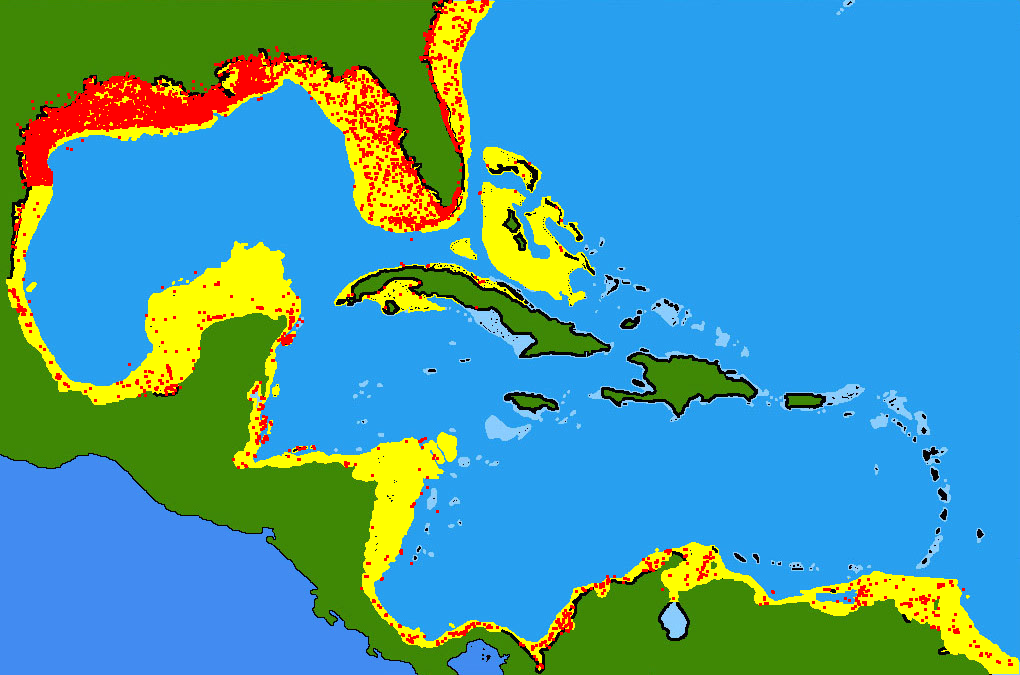