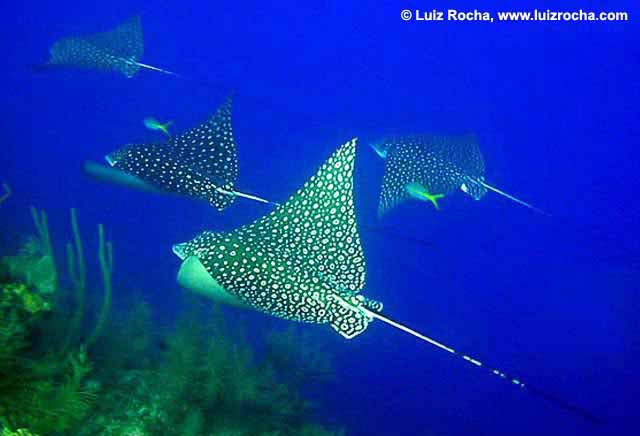 Eagle rays are large rays (up to at least 3 m wide); the greatly flattened disc is rhomboidal, much broader than long; trunk of body broad, depressed, thick; head narrow, distinctly raised from disc, protruding forwards; front edges of pectoral fins join head under eyes, without ridges under eyes connected to the disc; eyes and spiracles on sides of head; mouth straight to arched, with fleshy papillae on its floor; flap between nostrils with a deep V-shaped notch; teeth in single row on each jaw, top tooth-plate much broader than long, lower tooth-plate longer than wide, with chevron-shaped teeth; tail whip-like, usually much longer than disc, 1 or more poisonous spines behind dorsal fin; no tail fin; a small dorsal fin at base of tail, its origin well before pelvic-fin free rear tips.

A pantropical family with one genus and five, possibly six, species. One Atlantic species in the Greater Caribbean, an endemic in the TEP. 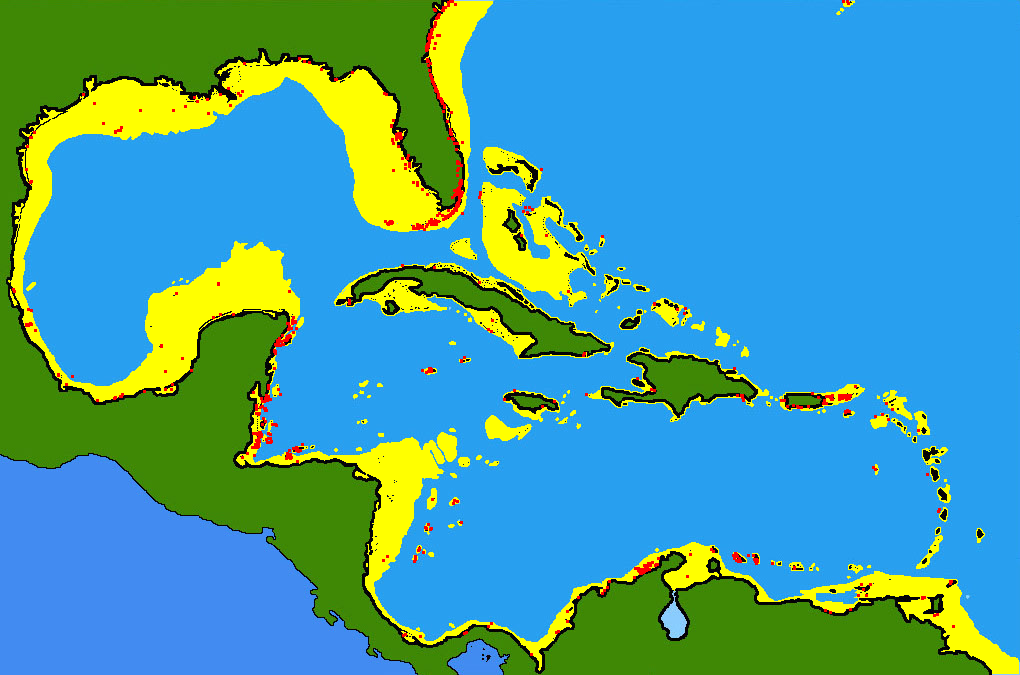