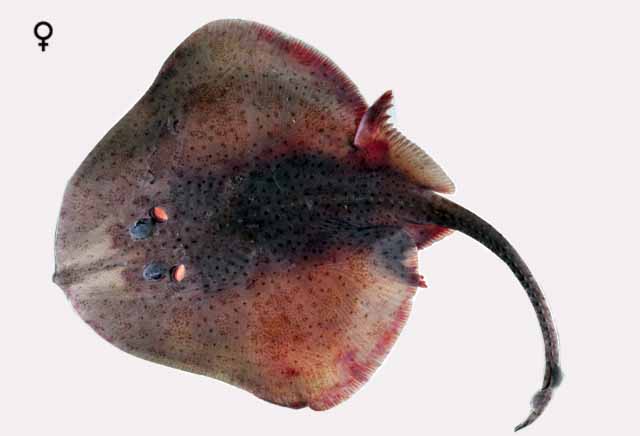 under front edge of disc: band of claws
Images
Species in this Genus (2) Similar Genera (14)

Disc ~circular; snout very blunt, with a small point; front edge of disc convex to undulating; pectorals with tips broadly rounded, rear edges convex, middle rays may extend outwards as spatula-like projections; pectoral supports extend to level of tip of snout, but separated by a clear space from rostrum; pelvic fins with front and rear lobes continuous, without a deep notch separating them; tail shorter than to longer than disc, with narrow base, a skin flap along almost all of on each side, 2 dorsal fins & a rudimentary tail fin with an upper lobe only; upper surface of body and tail with sparse denticles and thorns around eyes, on nape and shoulders, and along center of disc and tail; underside of disc smooth except pectoral fins with claw-like denticles along outer front edge from tip of snout to corner of fin.

A Greater Caribbean genus with 2 species. 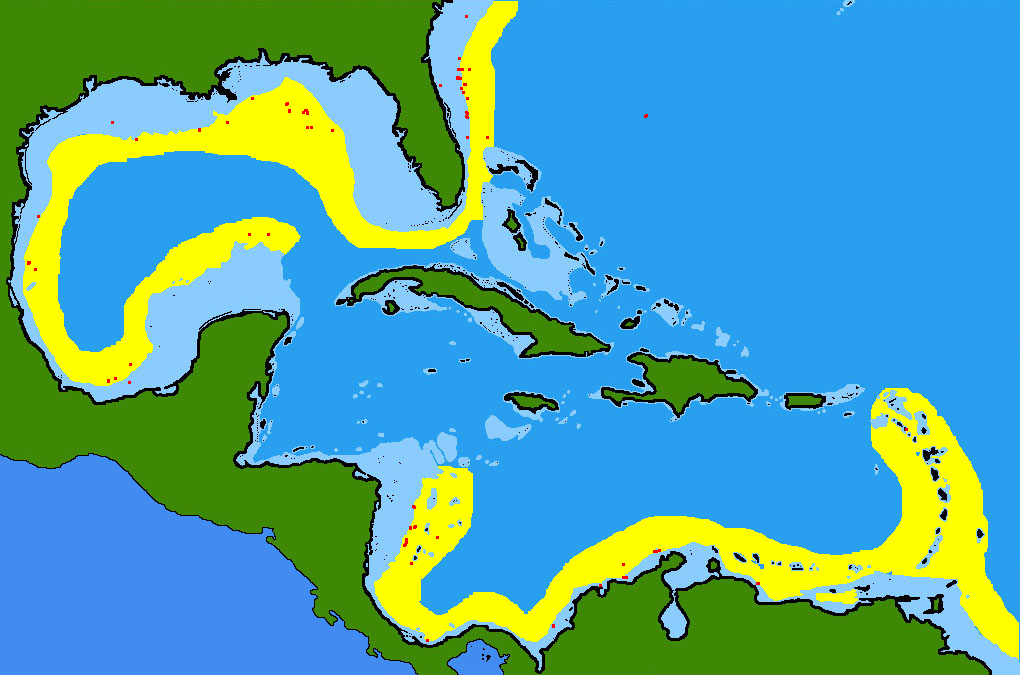