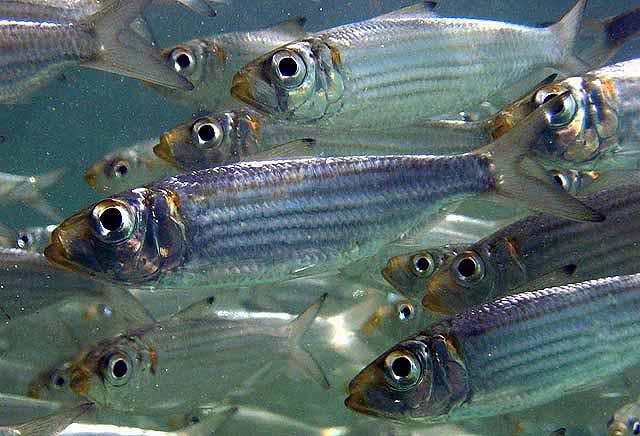 mouth opens at front, oblique, short
pelvics under D
scutes along belly
A short base,<30
Images
Species in this Family (22) Similar Families (7)

Clupeids are small silvery fishes (up to 60 cm, but usually < 20 cm); fusiform, oval in cross-section; mouth short, ends before eye, usually opens at the front, or directed slightly up; jaw teeth small to minute; dorsal fin single, over the middle of the body; a forked tail fin; pelvic fins on the abdomen below the dorsal fin; pectoral fins low on the side just behind the head; no fin spines; anal fin relatively short based, 12-29 rays, its origin well behind dorsal fin base; usually a keel of scutes (hardened spiny scales) along the midline of the belly, if not then at least one scute present at base of pelvics; scales smooth.

There are about 195 species in 55 genera; 23 species in 8 genera occur in marine and brackish habitats the Greater Caribbean. 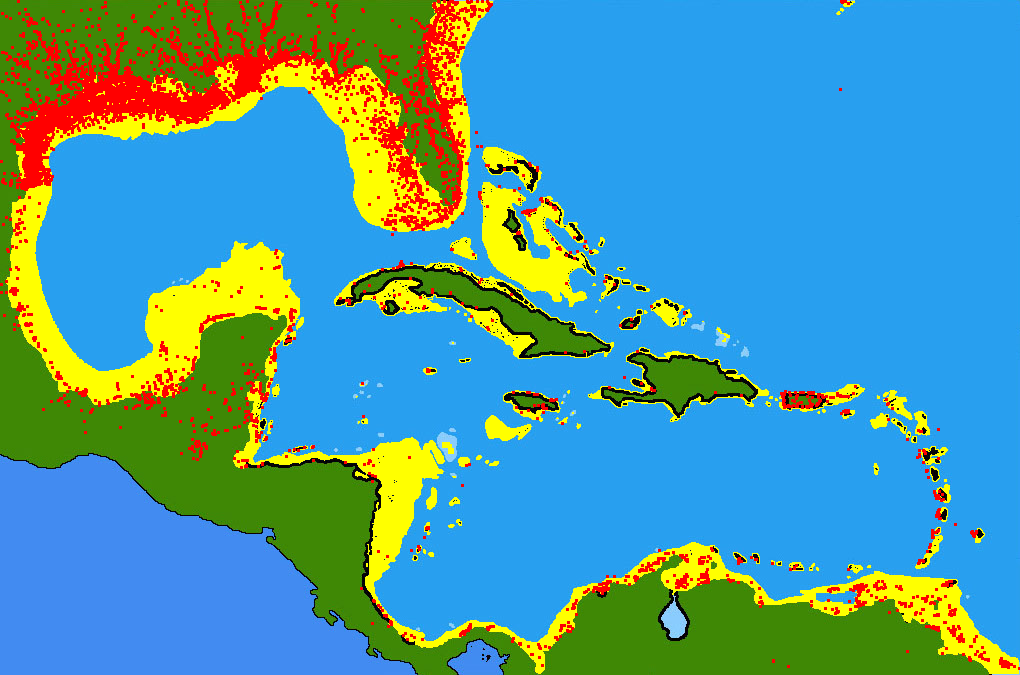