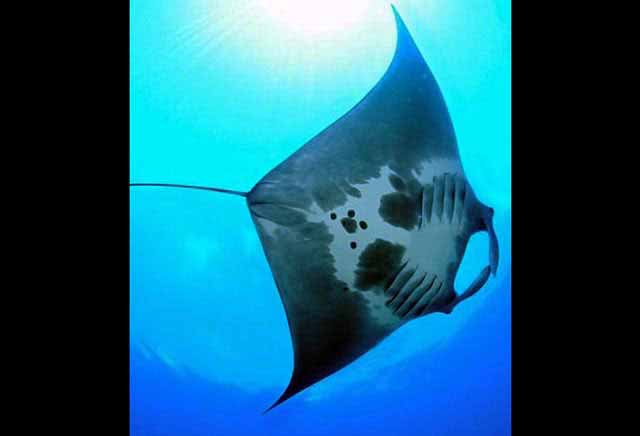 front head - 1 soft horn each side of mouth
mouth at front, or under snout
Images
Species in this Family (4) Similar Families (3)

Mantas are medium to large rays (1-7 m in width) in which the disc is much broader than long, the tips of the wings pointed; the head distinctly raised from disc; a pair of large protruding flaps at the front of the head extending forward before each side of the mouth; those flaps formed from the front edges of pectoral fins; eyes and spiracles on sides of head; mouth opens at front or a little under snout; teeth minute, in many series on 1 or both jaws; tail with a small dorsal fin at its base, whip-like, shorter than disc width, some species with poisonous spines.

Mantas use their head flaps to steer planktonic food items into the mouth; they are frequently seen from boats far out to sea and also are encountered by divers in the vicinity of reefs.

The family occurs worldwide in tropical and subtropical seas; one genus with 8 species; 3 species in the Greater Caribbean. 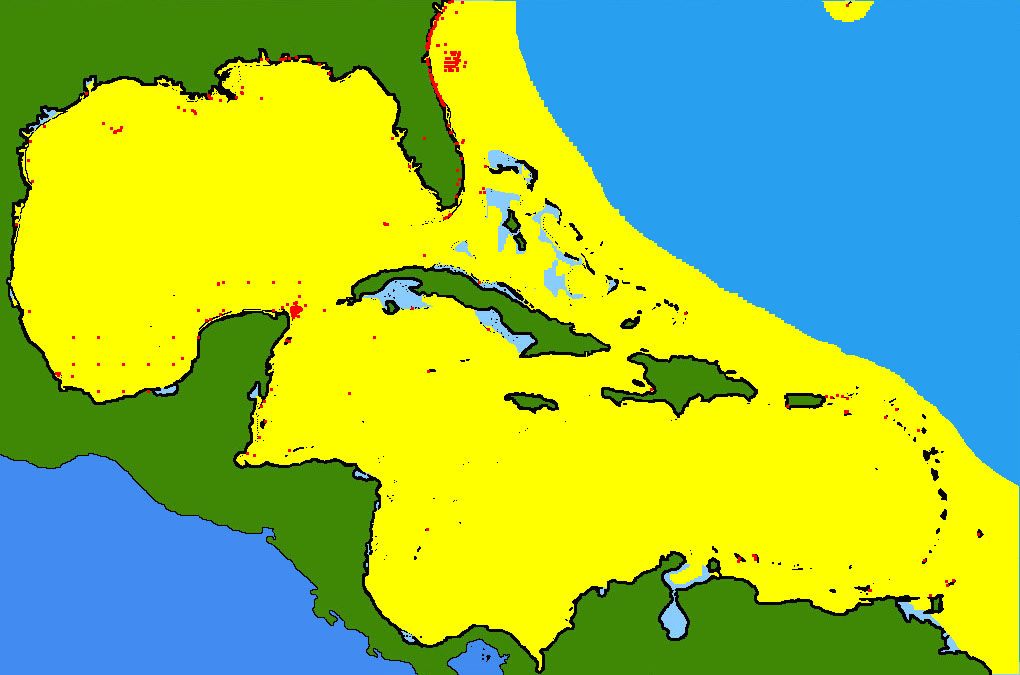