A circumtropical genus except for eastern Indian Ocean contains 8 species. There are 4 species in the Greater Caribbean, 1 endemic, 2 west Atlantic and 1 trans-Atlantic. 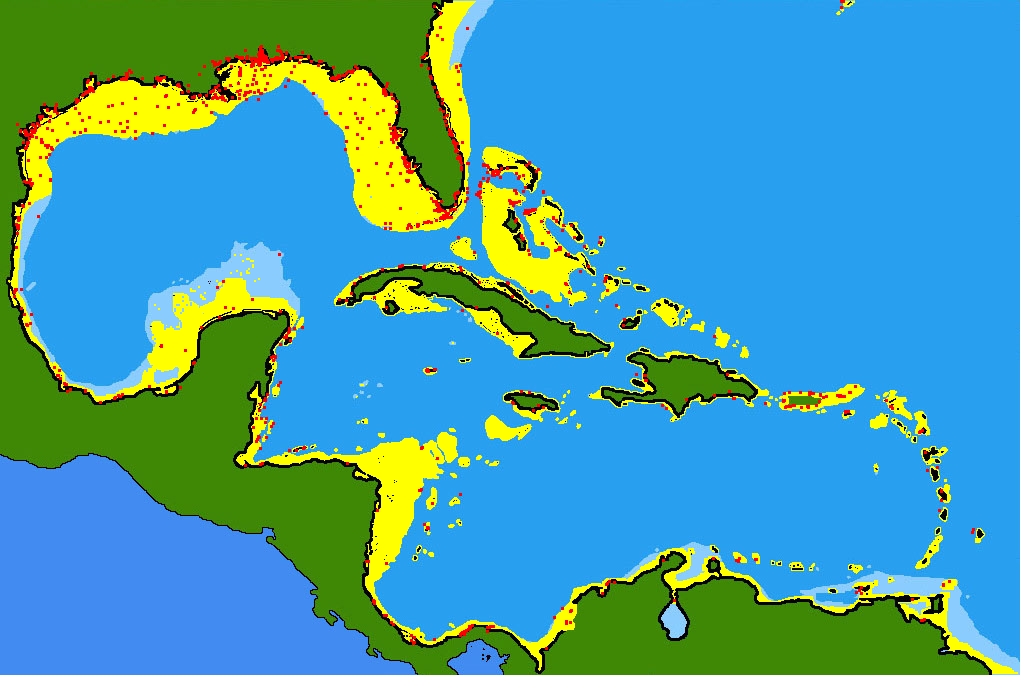