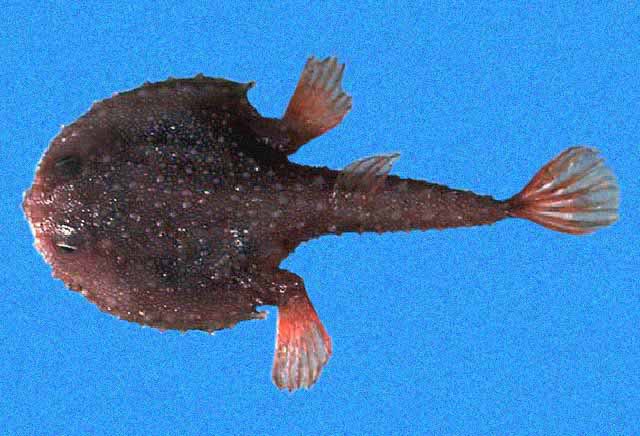 Head depressed and expanded to form an oval to roughly triangular disc; tail long; mouth ranges from small to large; cavity on snout for lure small, overhung by a bony shelf of sharp spines; lure with a central bulb and a pair of bulges at its base that are not distinctly separated from it; no cover over pupils; spine at lower rear corner of operculum typically large, ending in 4-8 sharp spinelets on each side; gill openings small, behind upper base of pectoral fin; gill rakers in form of tiny pads of teeth set on stalks; dorsal and anal fins small, at rear of body; pectoral bases without a membrane joining them to the body or tail base; pelvics not reduced; lateral line interrupted, rear part turns down just before anus; scales form bony tubercles that have numerous small spines; underside of body completely covered with scales.

A pantropical genus with ~17 species; 1 Atlantic species in the Greater Caribbean. 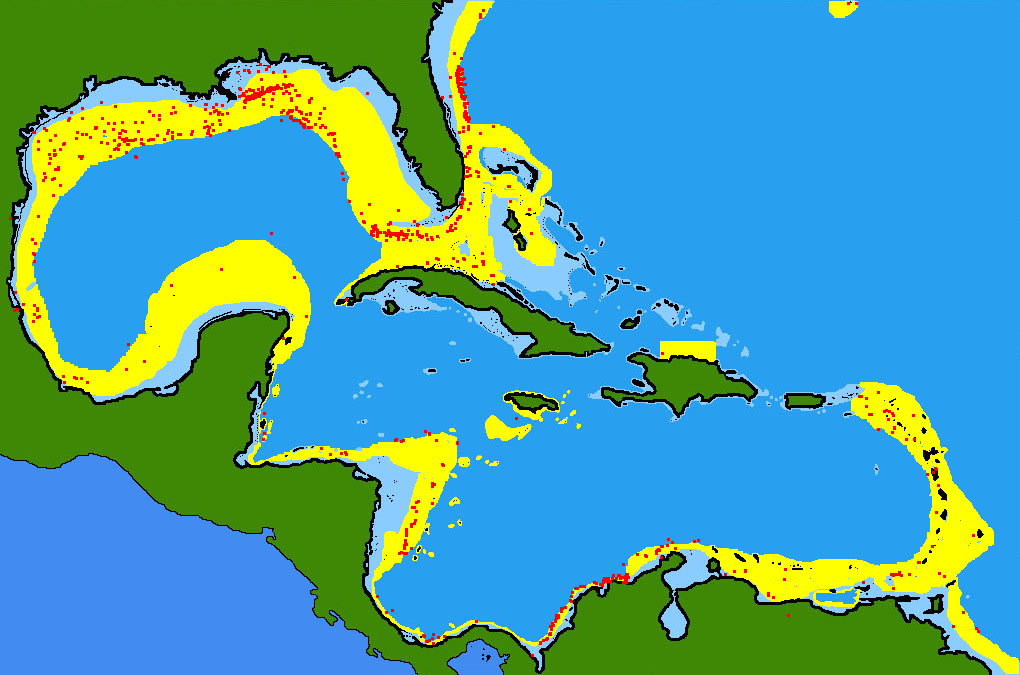