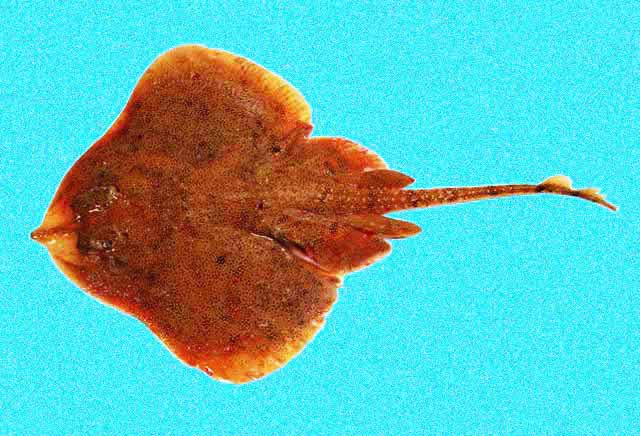 front pectoral rays not extending to ~snout tip
small spots, some in rosettes
pectoral base - no ocelli
underside - pores not dark
Images
Species in this Genus (3) Similar Genera (14)

Rhomboidal disc with front margins straight to convex; snout rigid, not elongate, front pectoral rays extending well onto snout; eyes on top of head, with spiracles immediately behind; nostrils a little in front of mouth, with front lobes from nostrils forming a curtain between them and mouth; 2 small dorsal fins near rear of tail, with tail fin as a fold behind the second dorsal; pelvic fin with 2 distinct lobes joined by membrane, rear lobe large; tail with >15 rows of thorns between base of pelvic and first dorsal fin; thorns (if present) in triangular patches on nape and shoulders; upper surface with numerous small dark and light spots, or spots clustered in rosettes; no ocellus near base of pectoral; lower surface of disc light colored; mucous pores on underside of disc unpigmented.

A genus found in the east and west Atlantic, and the western Indian Ocean, with 14 species; 3 occur in the Greater Caribbean, 2 of which enter shallow water and are included here. 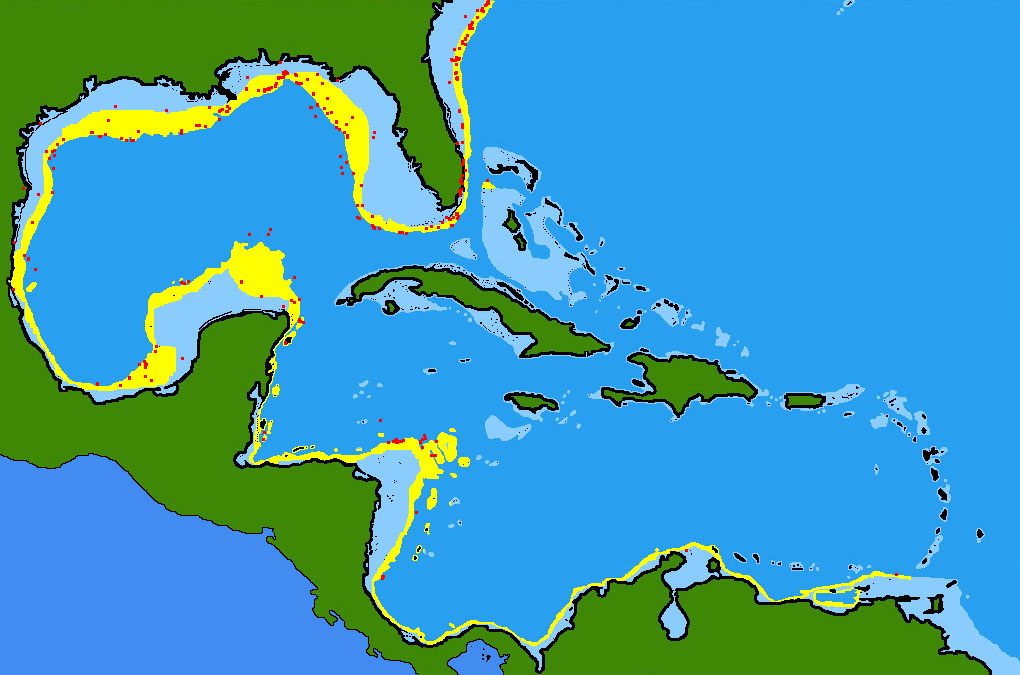