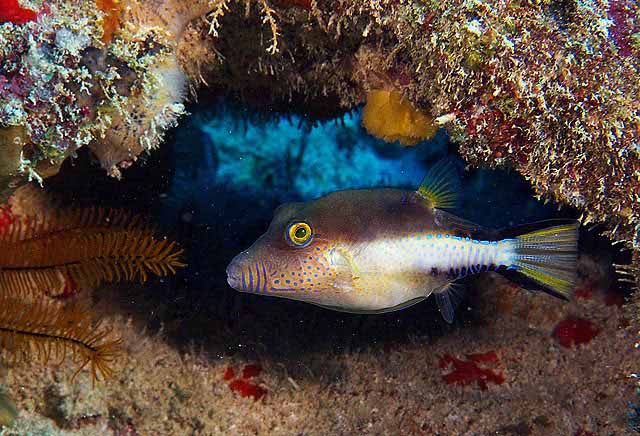 Pufferfishes are small to medium-sized fishes (up to 100 cm, but usually < 30 cm) that have heavy, thick bodies that are inflatable by swallowing water; head large, blunt; eyes high on sides of head; jaws are a beak composed of 4 fused heavy powerful teeth with a central suture on each jaw; a slit-like gill opening in front of the pectoral fin base; a single dorsal fin (usually short- based with 7-15 rays) at rear of body; a similar-shaped anal fin below the dorsal; no pelvic fins; no spines in the fins; tail fin rounded to concave, with 10 main rays; tough, thick, scaleless skin, usually covered with small spinules, often with fleshy skin flaps.

Worldwide there are 26 genera with about 184 species. Sixteen species from four genera are known from the Greater Caribbean; 2 circumtropical, 1 trans-Atlantic, 6 W Atlantic and 7 endemics. 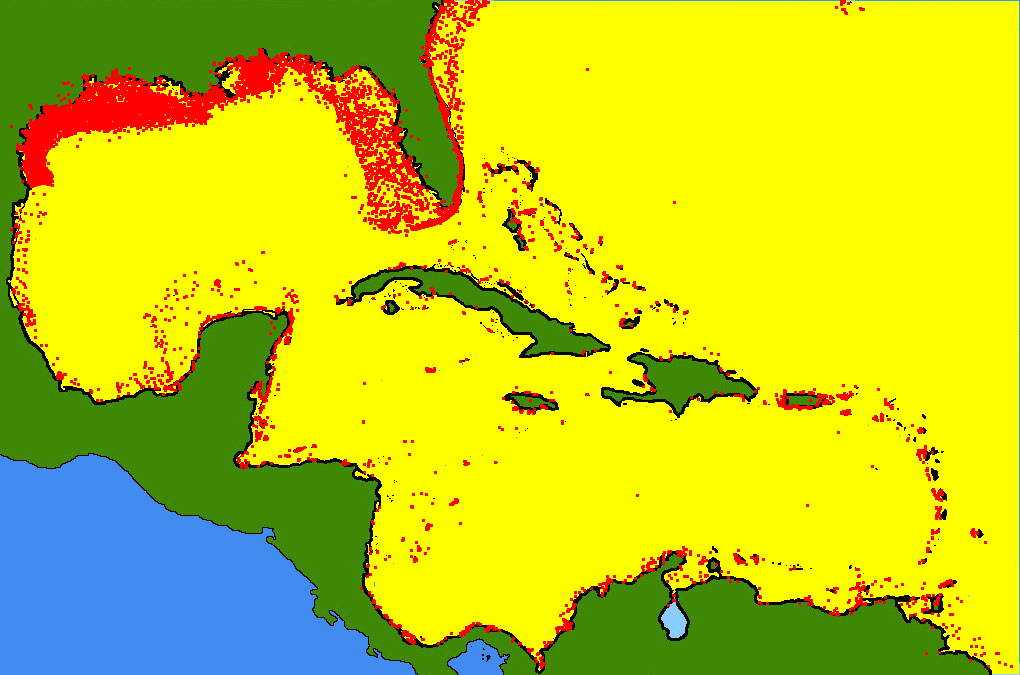