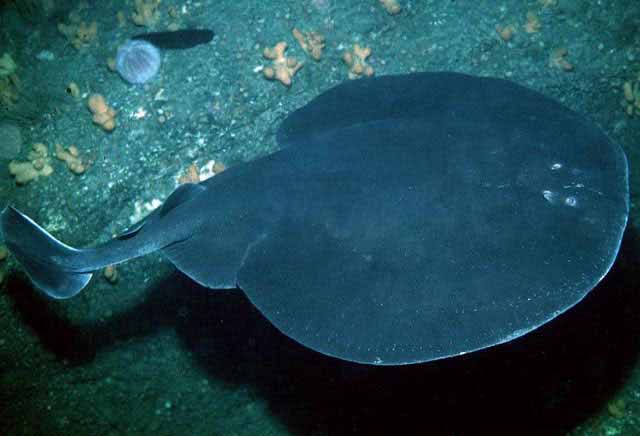 This family of small to medium sized rays (to 1.8 m) is closely related to the electric rays (Narcinidae). Torpedos have a roundish, soft, flaccid disc that is rather thick around the margin; a pair of well developed kidney-shaped electric organs that are externally visible on either side of the head; a large mouth that does not protract into a short tube; a curtain between nostrils and mouth; first dorsal fin significantly larger than the second dorsal; tail thick, shorter than disc; tail fin large, ~ triangular.

Torpedo rays inhabit most tropical and temperate seas, usually in depths less than 100 m, but some may occur down to at least 360 m. They are relatively inactive, soft-bottom dwellers that frequently cover themselves with sand or mud. Their diet consists of small bottom living invertebrates and fishes. They bear live young which closely resemble their parents at birth.

The family, which is found areas worldwide tropical to warm temperate, contains a two genera with twenty species. Two west Atlantic species, one endemic, occur in the Greater Caribbean. 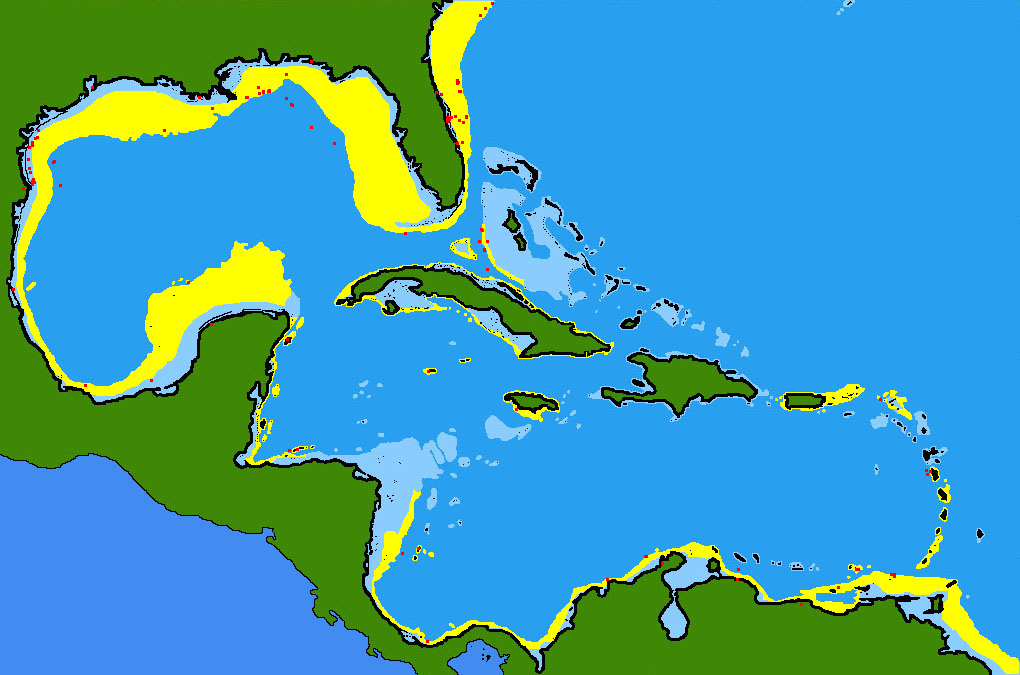