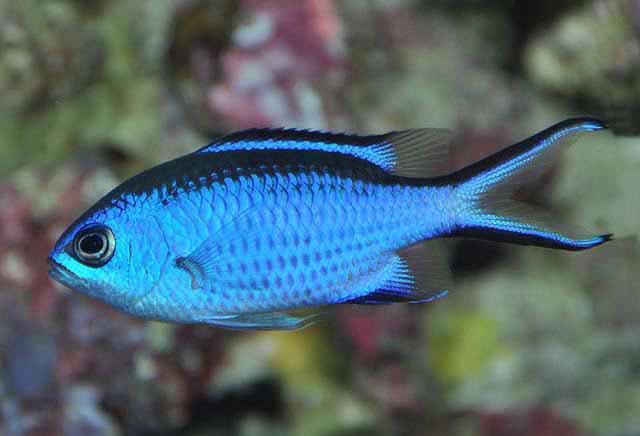 The damselfish family Pomacentridae occurs worldwide in tropical and temperate seas. Approximately three-fourths of the 384 known species from 29 genera are found in the Indo-West Pacific region where they are common inhabitants of coral reefs. In the Greater Caribbean there are 19 species in 4 genera: 10 endemics, 2 SW Atlantic, 4 W Atlantic and 3 Pan-Atlantic. 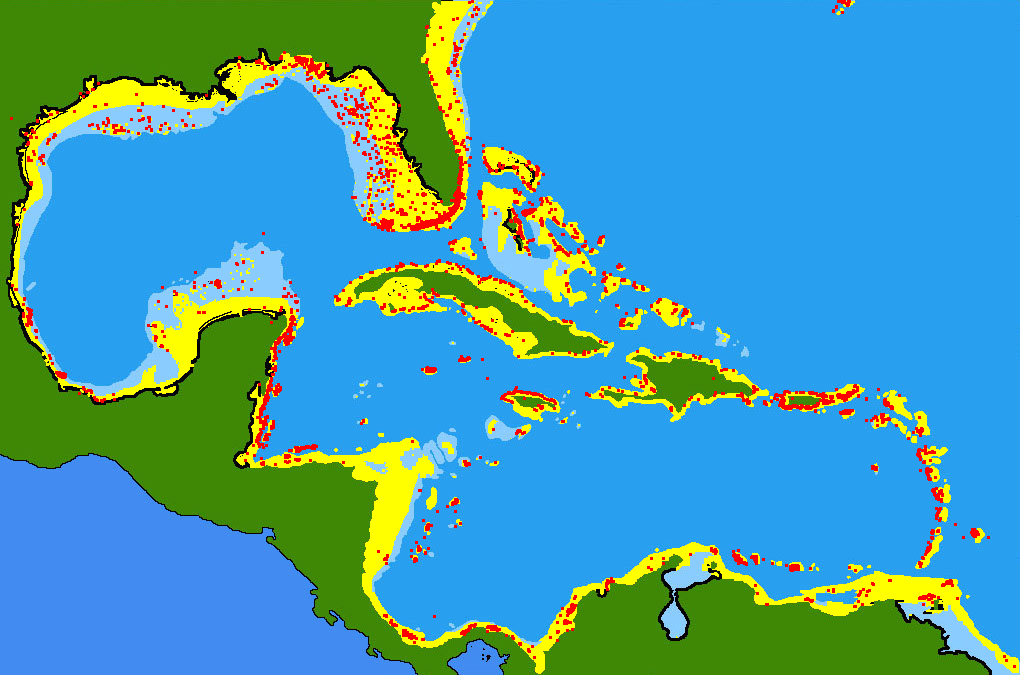