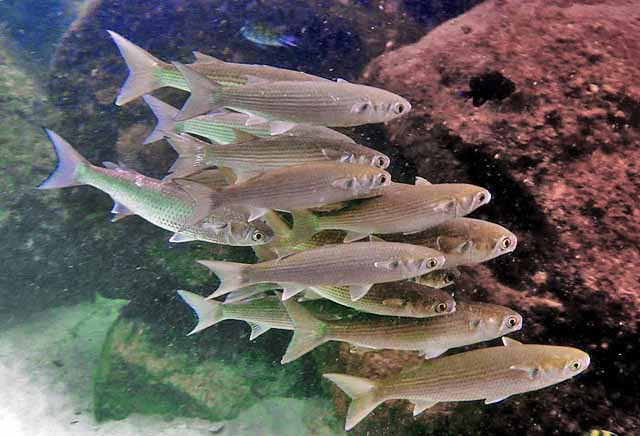 Olive on back, silvery on sides, and white below; 7-10 brownish stripes on side.

Habitat: forms schools in sandy bottom areas, but large adults sometimes seen near the surface in clear water near reefs, in inshore marine waters plus estuaries, lagoons and rivers.

Circumglobal in tropical and temperate seas; Canada to the Gulf of Mexico 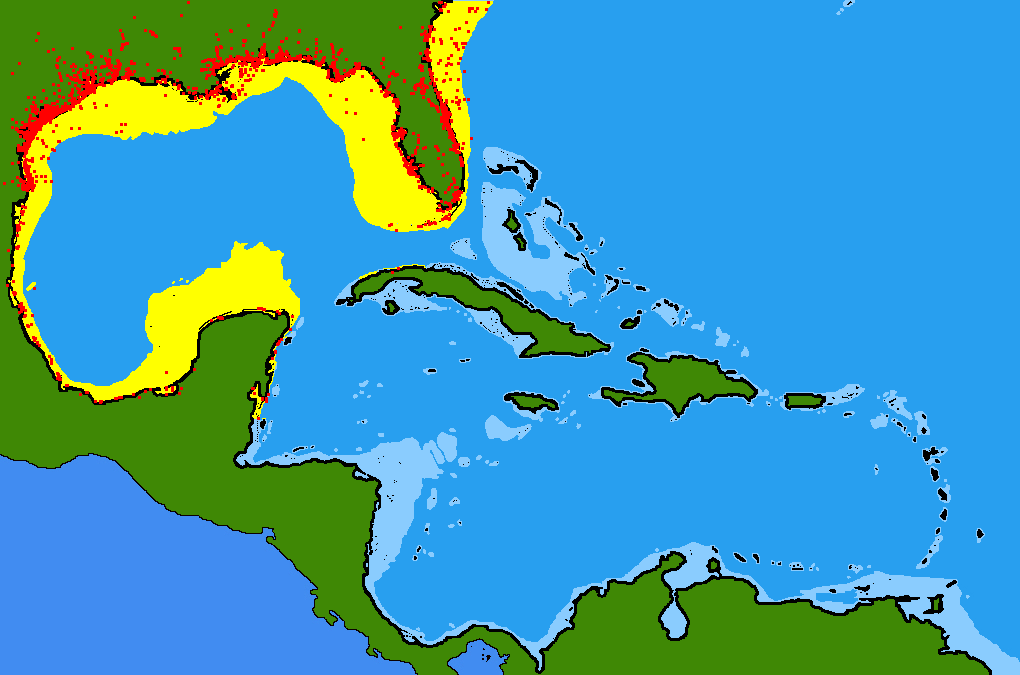