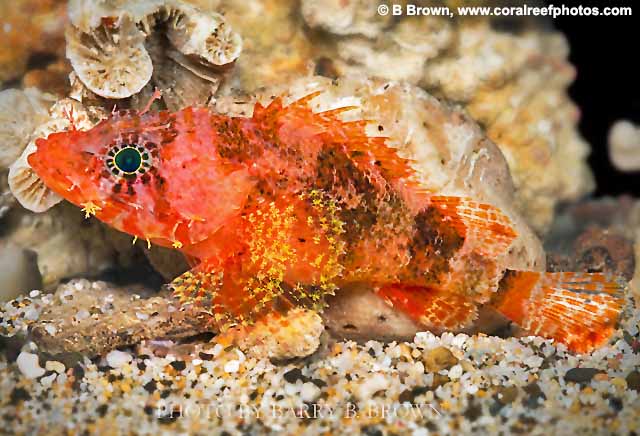 Body relatively elongate, depth at dorsal fin origin 30-32% SL, at tail base 9-10% SL; head very bony, with numerous spines; no pit on top of head behind eyes; a row of  4 (rarely 5) spines on bony ridge under eye, with 2 large pores just under spines 2&3, no secondary spines on that ridge; teeth on center of roof of mouth but not on sides; a small slit behind last gill arch; gill rakers slender, 14-18; dorsal fin XIII, 8 (last ray split to base); anal III, 5 (last ray split to base); pectoral 16-17, rays 11-12 (from top) noticeably longer than the othersr, some branched, lowest rays unbranched; scales rough, head usually scaly; small spiny rays at top and bottom of base of tail fin; lateral line incomplete, ends at mid-body, with 8-10 pored scales.

Color bright orange-red; eye with a series of dark radiating lines that extend onto the cheek from the lower half of the eye; body with three red-brown bars, under center of spinous dorsal, under front of soft dorsal and across rear of tail base; sometimes secondary bars between those, the 2nd bar the best defined, extends onto the soft dorsal base as a dark red-brown blotch; dorsal fin with spinous part and front half of the soft part red, rear of soft part with red spots on rays; tail fin with red base, rest of rays with rows of elongate red spots; anal fin with front half red, rest with red spots on rays; pectoral fin base pinkish, base of fin orange, extending along lower rays, fading to yellow star-shaped spots on outer part of rest of fin. 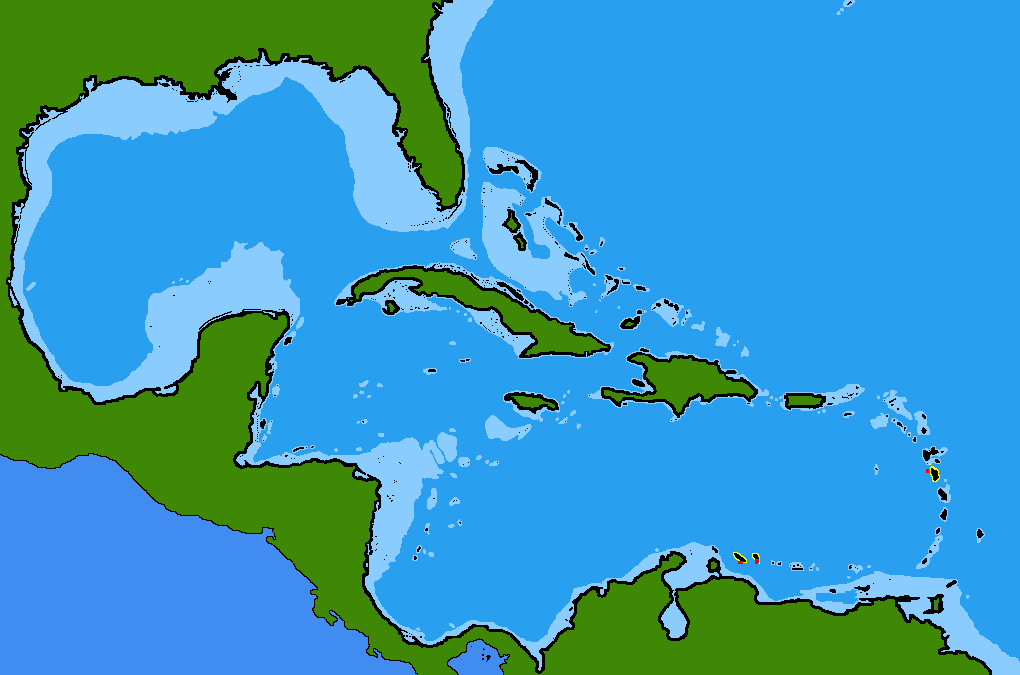