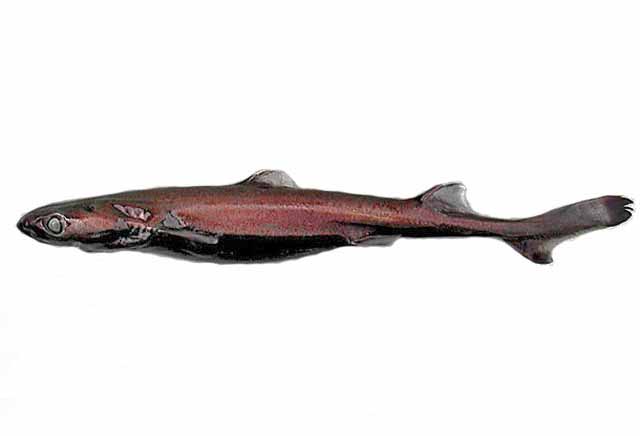 Dark brown to blackish, a little darker below; a small white blotch between eyes; fins with light edges; conspicuous dark areas on side of head, above & behind pelvic fin, at lower origin of tail fin, on underside of pectoral; luminescent organs visible as black dots and streaks on underside of head and body.

Atlantic: Gulf of Mexico; records from the Indo-Pacific may be another species. 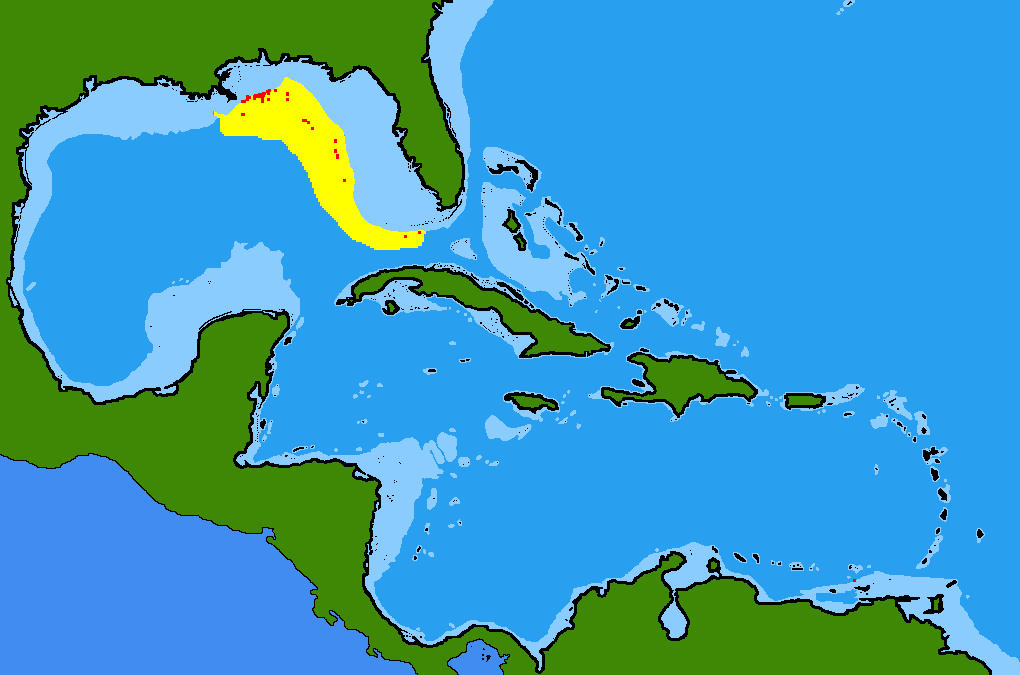