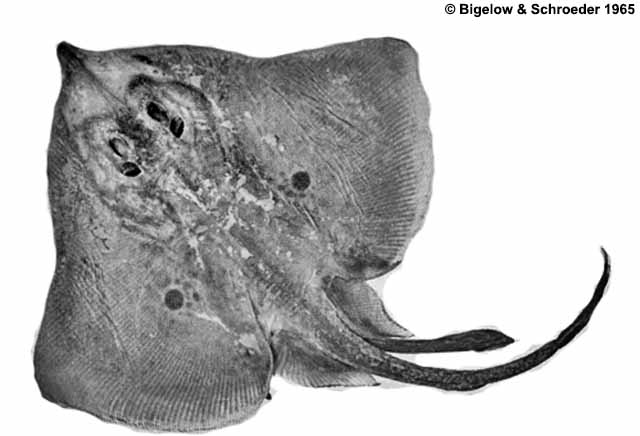 Disc rhomboidal, front margins sinuous, outer corners abruptly rounded, rear edges rounded; disc width 1.3+X length; snout rigid, tip with sharp pointed, before eyes 15% of TL; eyes on top of head, with spiracles immediately behind; nostrils a little in front of mouth, with front lobes from nostrils forming a curtain between them and mouth; pectoral rays not extending along sides of snout to near its tip; pelvic fin with 2 distinct lobes joined by membrane, rear lobe large; tail ~50% of TL, with a narrow skin fold down each side behind level of pelvic tips; 2 small dorsal fins near rear of tail, similar in shape, 1st slightly larger, close together but no confluent, with tail fin a very small fold (length ½ length of 2nd dorsal base) confluent behind 2nd dorsal; thorns on upper surface of disc: a few very small thorns on front of snout cartilage, 7-11 thorns around inner edges of eyes (sometimes with a gap in center); nape with a row of 1-4 thorns; a central row of 34-47 alternating large and small thorns from between pectoral insertions to 1st dorsal fin, that row becoming irregular at rear; 3-5 thorns between dorsal fins; a row of 14-15 horizontally oriented, back-pointing thorns along front edges of disc behind level of spiracles; upper surface of disc free of denticles; lower surface with denticles at end of snout and  in a dense band along front edges of disc from tip of snout to opposite 1st gill opening.

Upper surface pale grey-brown, with a pair of eye-sized, round ocelli, with brown centers and pale outer edges, near the base of and a little behind widest part of each pectoral, occasionally with a 2nd pair of smaller ocelli, behind 1st, near pectoral axils; lower surface white, mucous pores on underside unpigmented. 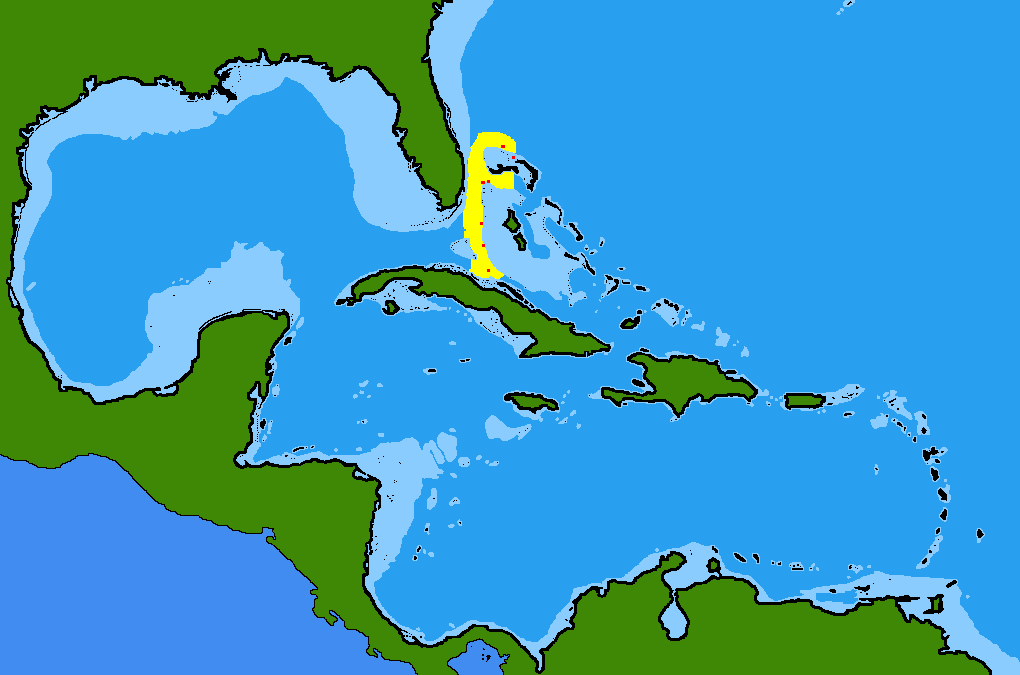