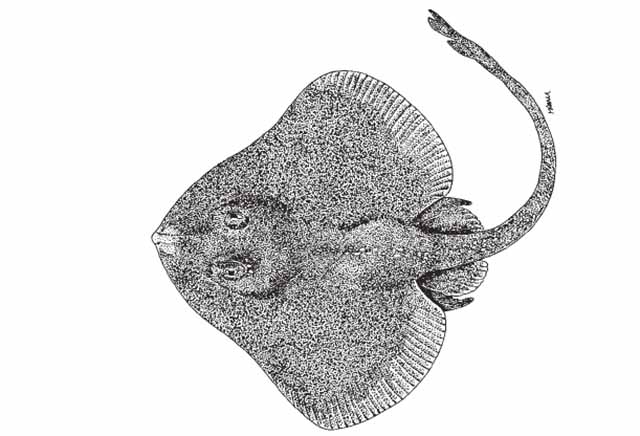 Disc shape ~heart-shaped, as wide as long, with anterior margins slightly undulating, outer edges broadly rounded, rear edges strongly convex; snout short, rounded, soft & flexible,10-11% TL, with small triangular process at tip; eyes relatively large (>/= distance between them); nasal curtain in front of mouth with a pair of pits at front corners; tail 57-60% TL, slender, tapering at end, with a skin fold low on each side of rear half; pelvic fin with 2 distinct lobes joined by membrane, front lobe long, narrow and tapering, as long as or longer than rear lobe; upper surface of disc and tail, except rear edge of disc & front pelvic lobes densely covered in fine denticles; underside smooth, except tail edged with denticles to level of 1st dorsal fin; thorns around inside of each eye (8 small), an irregular row of 2-6 along nape, 0-2 on each shoulder;  and 75-80 (~40 in juveniles) along center of rear half of disc and base of tail; tail with a narrow band of 2-3 irregular rows of small thorns at base then a smooth groove to 1st dorsal, rest of tail with dense denticles. 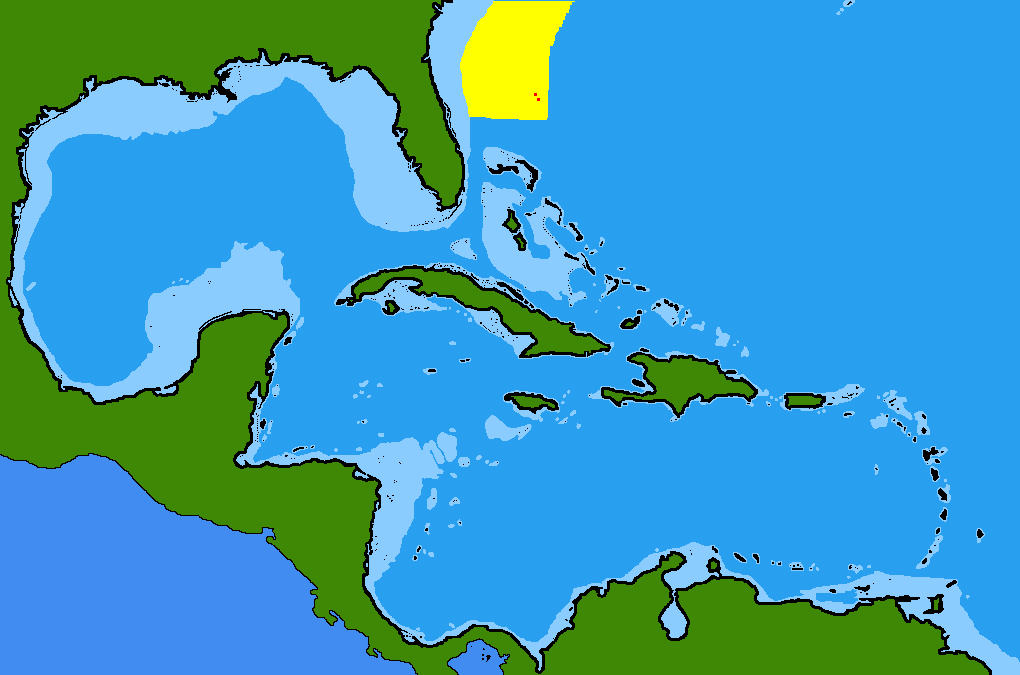