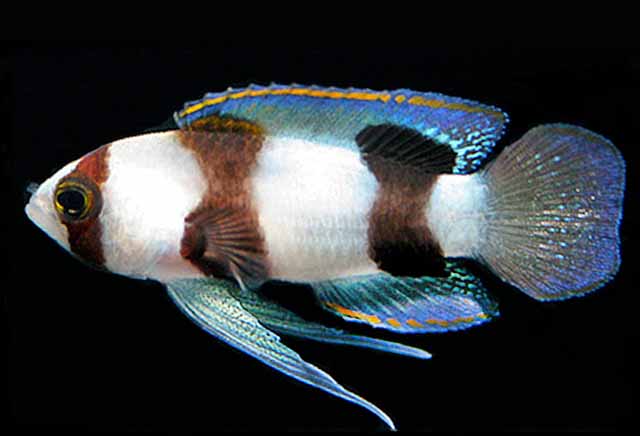 Head and body white, grey on nape; 3 broad black bars - 1st bar across between eyes and down covering entire eye to lower head profile; 2nd bar from dorsal origin to bottom of belly, broadening to encompass pectoral base, its center narrower and sometimes much paler; 3rd bar under the rear end of the dorsal fin, same form and color as 2nd bar; dorsal fin grey, with a large intense black blotch on the base of the fin above the 2nd bar and an oval, partial, black ocellus bordered at rear with blue-white at the lower rear corner of the fin, fin grey, with orange margin, without inner rows of pale spots; tail fin with orange base, blue grey rear half; anal fin bluey grey, with orange margin, no inner pale spots, with an elongate, intense low black blotch bordered below by blue-white, on rear half of its base below the 3rd dark body bar, pelvic fins white; pectorals clear.

The Bahamas to the southern Caribbean. 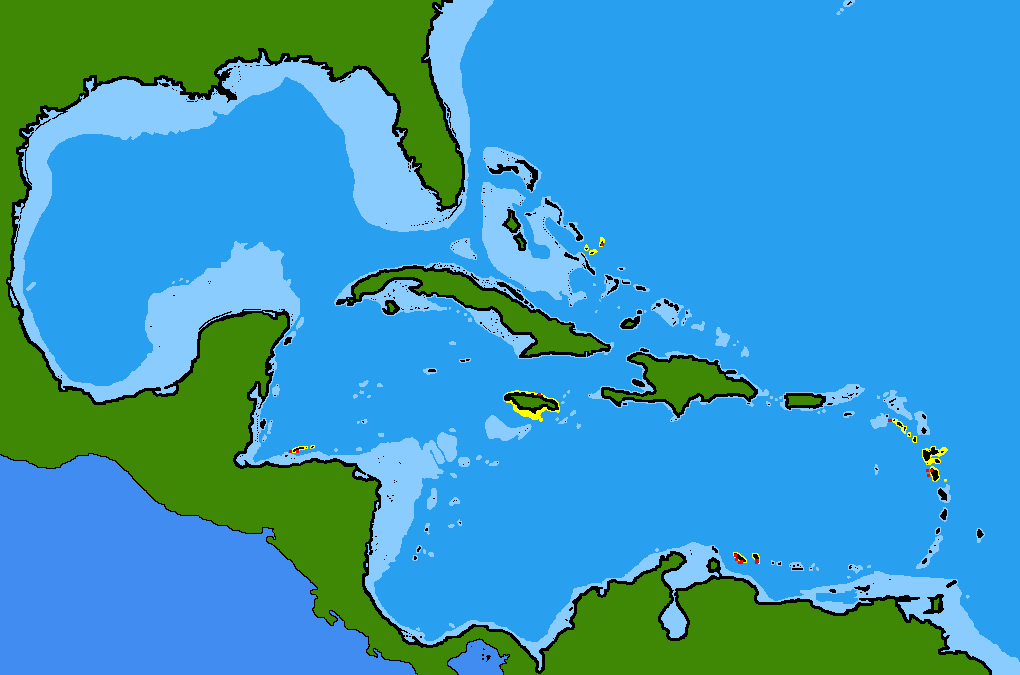