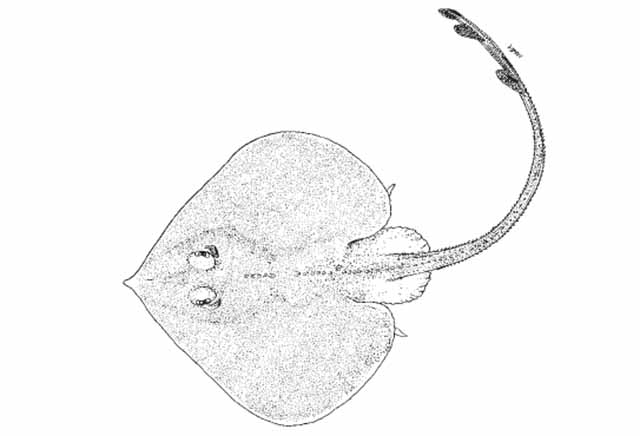 Heart-shaped disc with front margins slightly undulating; disc width 1.2X disc length; snout short (before eyes 10% TL); tip of snout pointed, flexible, not elongate; front pectoral fin rays extend nearly to tip of snout; eyes on top of head, large (~space between them), with spiracles immediately behind; nostrils a little in front of mouth, with front lobes from nostrils forming a curtain between them and mouth; no nasal pits before and above nasal curtain; pelvic fin with 2 distinct lobes joined by membrane, front lobe 90% of length of rear lobe; tail 64-65% of TL, base narrow (<eye), lateral folds on rear 2/3; 2 small dorsal fins near rear of tail, with tail fin as a fold behind the second dorsal, distance between them > length of base of the first dorsal; upper surface densely covered with denticles, except tip of snout and rear edges of disc; 12-13 small thorns around inner edges of eyes; 3-4 thorns on each shoulder, nape with a row of 6 then a gap then a central row of 60+ to 1st dorsal fin, those becoming smaller and more separated towards rear, 1 row on each side of  rear central disc row, those grading into denticles on tail; tail with dense denticles, a row of small thorns low on each side, denticles between dorsal fins; with denticles on underside of tail. 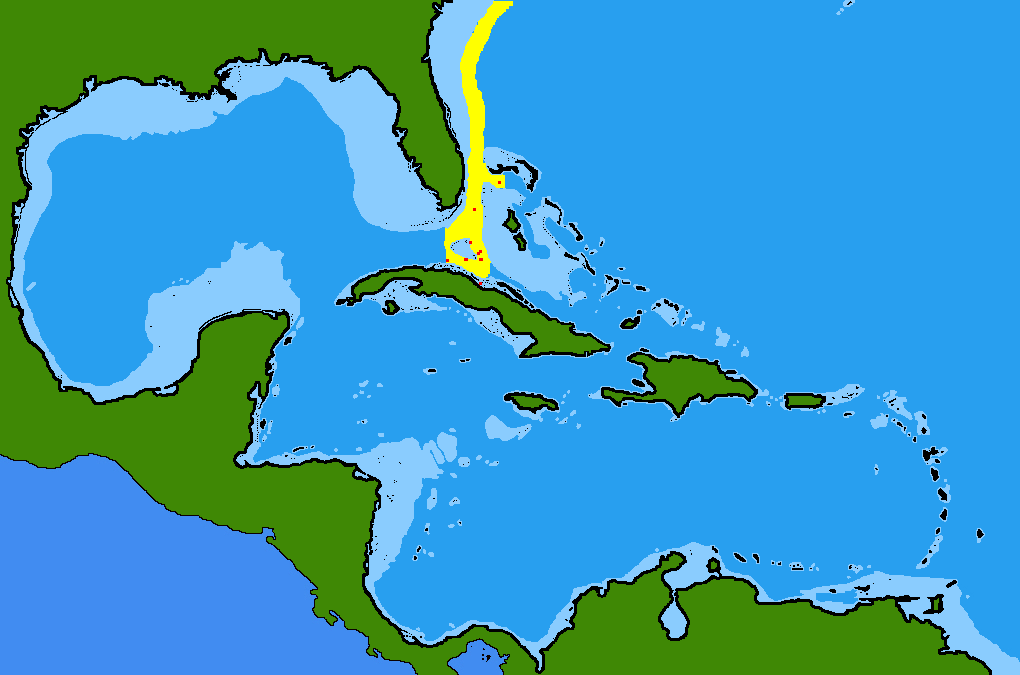