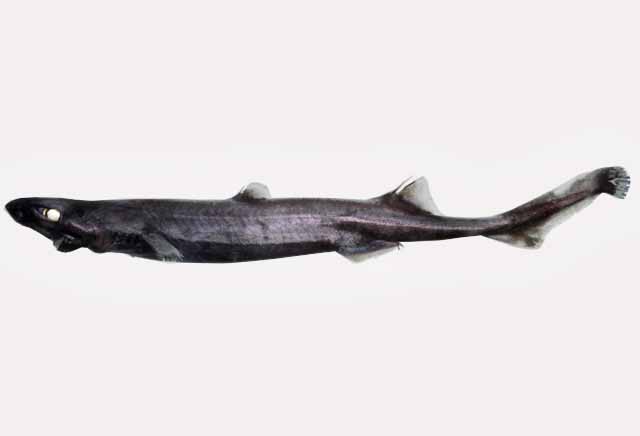 Body slender; head and snout flattened, at level of eyes head is wider than deep; snout moderately short, its underside covered with denticles; no nictitating eyelids; spiracle large, behind eye; mouth short, at acute angle; upper teeth with a narrow central point plus 2-3 smaller points on each side 32-38 rows, lower teeth compressed and blade-like, with small, oblique tips, 32 rows; five gill slits, all before pectoral base, very short; two dorsal fins, second about twice area of first, both with long thick grooved spines; first dorsal located well behind pectorals, center of first dorsal midway between pectoral fin axil and origin of the pelvics; space between dorsal fins less than distance from snout to pectoral fin origin;  fins with prominent hairy margins; pectoral fin short and broad, front and rear margins with hair-like fringes that make up to ½ length of fin; distance between origins of pelvics and lower caudal base at least 2/3 distance between origins of pectorals and pelvics; no anal fin; no ridges between pectoral and pelvic fins, no precaudal pits, no keel on tail fin base; tail fin strongly asymmetrical, notch at top; denticles on sides of body with curved points, widely spaced, not in rows.

Light brown above; under snout and abdomen grey; an elongate narrow dark mark above and behind pelvic, another on side of base of tail fin; a pale yellow spot between eyes.

The Gulf of Mexico to Guyana. 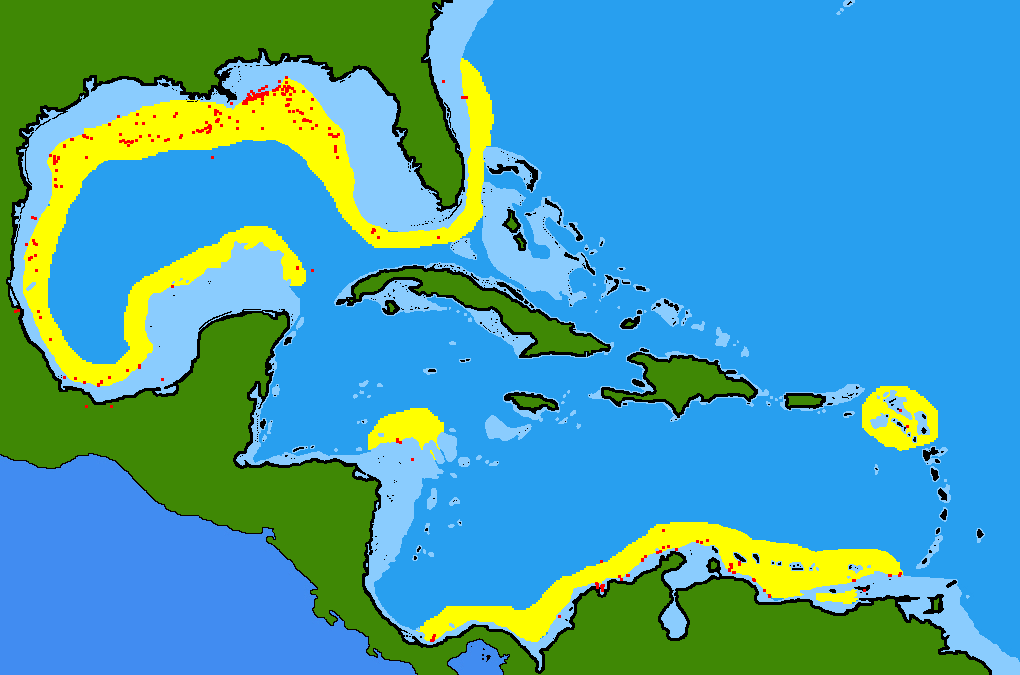