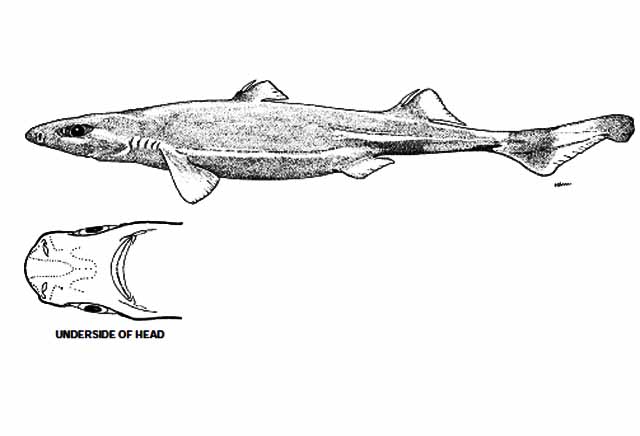 Head and body grey to dark brown above, black below; a pale yellow spot between eyes; elongate black mark above & behind pelvics is not divided; middle of back from nape to tail fin base with a white stripe with a central black line or row of black dots.

Virginia to the Lesser Antilles. 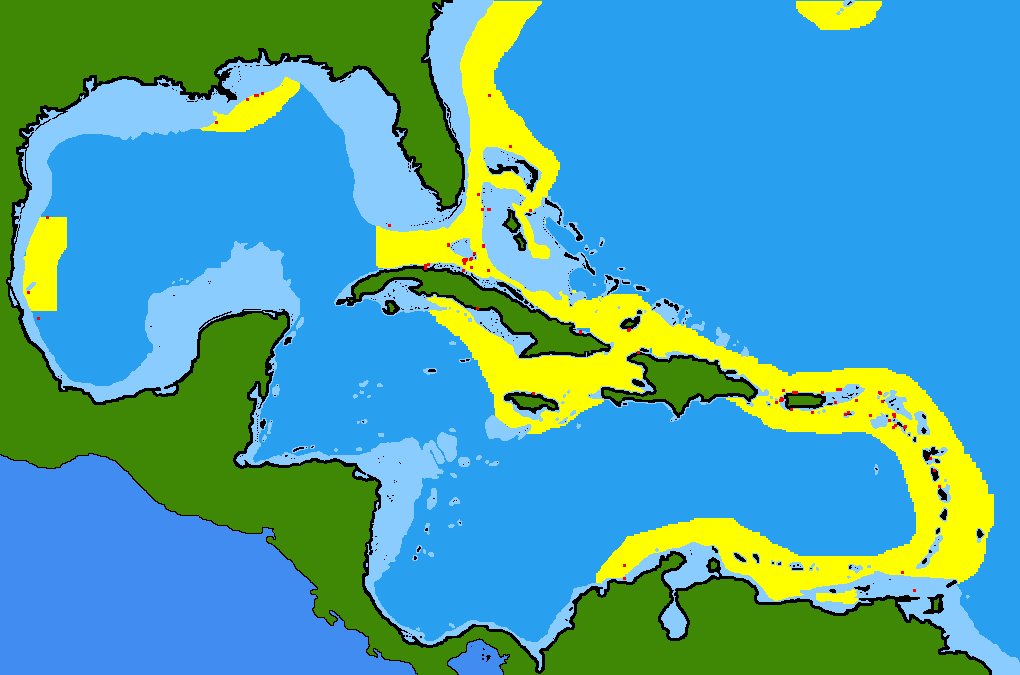