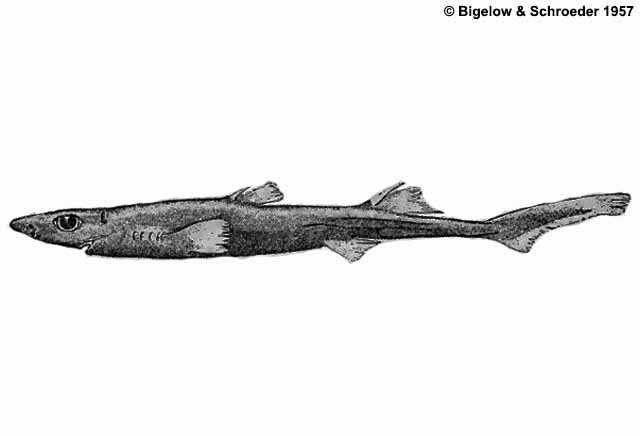 Dark sooty grey; underside abruptly black; a light stripe from between eyes to 1st dorsal fin; a vague yellow spot between eyes; elongate black marks above & behind pelvics, and along tail base, extending onto base of tail fin.; luminescent organs a row of black dots along midline of back from nape to base of tail fin, those sometimes in a white stripe.

SE USA to the southern Caribbean. 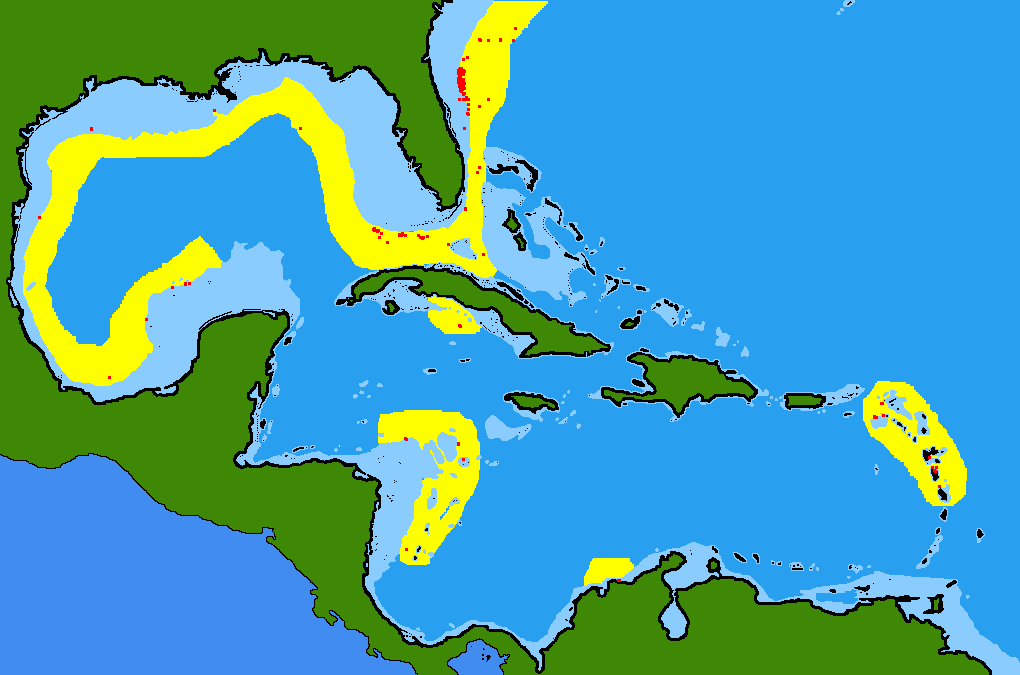