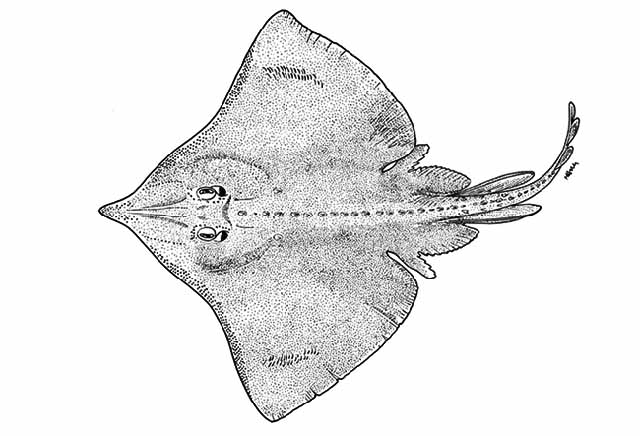 Disc rhomboidal, with sinuous front margins, ~1.3X wider than long, rear edges gently convex; snout moderately elongate (length before eye 18% of TL), sharply pointed, its tip firm, with a stout cartilage; pectoral fin rays separate from snout; eyes on top of head, with spiracles immediately behind; nostrils a little in front of mouth, with front lobes from nostrils forming a curtain between them and mouth; pelvic fin with 2 distinct lobes connected by membrane, rear one large; 2 small dorsal fins at rear of tail, similar in size & shape, rounded tips, close together (1/3 length of 1st dorsal base apart); tail narrow, 45% TL, with a pair of lateral skin folds low down, along entire length; tail fin as a long, low upper fold behind the second dorsal; top of disc free of denticles, except on snout and front edge of disc; ventral side with denticles under snout & and in a band along front edge of disc, rest of disc with a few very small scattered denticles;  small thorns on snout (dense), around eyes & between spiracles, 1-2 on each shoulder,  1 row of ~36 (including 4 on nape) large thorns along center of disc from nape to 1st dorsal fin; tail with   central row flanked by a pair of side rows, 2 thorns between dorsal fins.

Upper surface uniform  brown; lower surface of disc, pelvics  pale bluish; mucous pores in row of 8-11 along each side of nape thorns, on underside of snout & before and beside black.

Gulf of Mexico to Colombia. 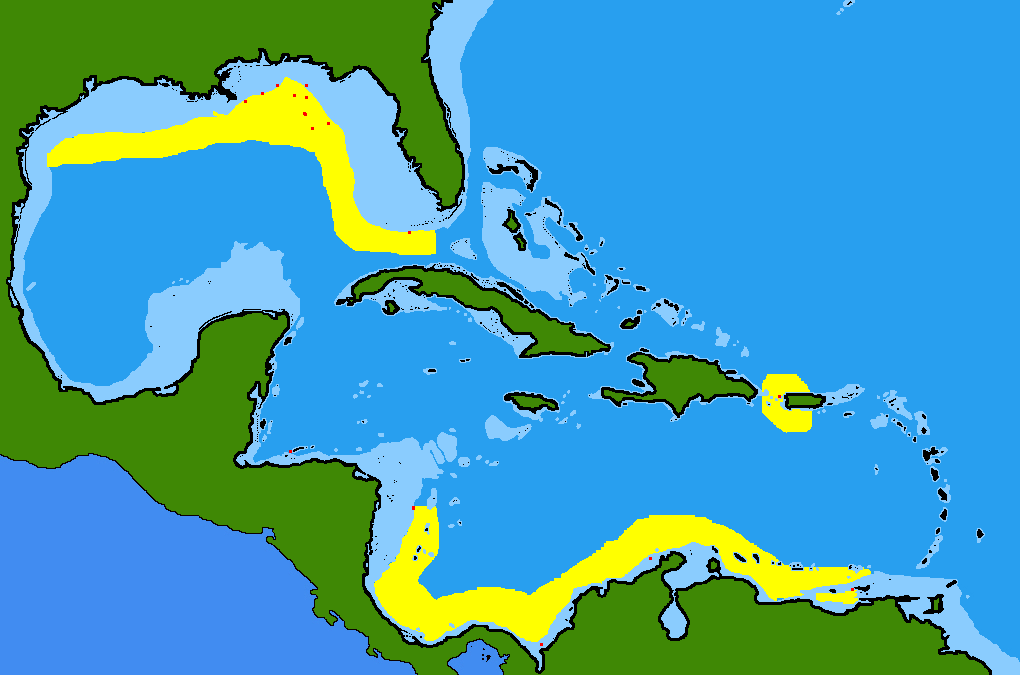