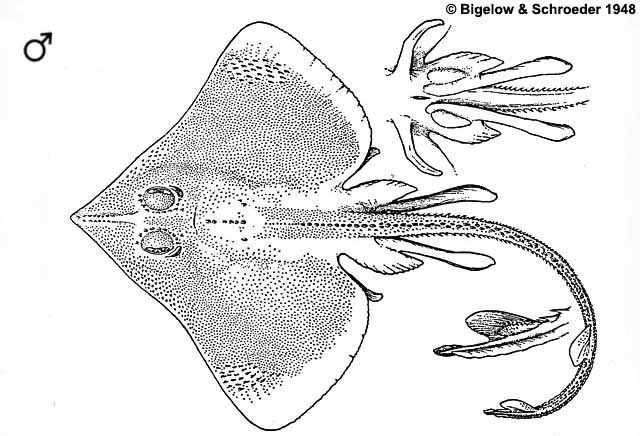 Disc quadrangular, wider than long; snout with a simple, sharp point, with a support cartilage; disc front edge with shallow concavities near snout tip and behind level of eyes (this more strongly concave in male), rounded tips of pectoral fins, convex at rear; pelvic fins large, deeply indented separation of leg-like front and rear lobes; tail broad at front, tapering to first dorsal fin,  moderately long, 10% longer than disc length; lateral tail folds long and well developed; two dorsal fins, medium–sized, similar in size and shape with rounded tips, those far apart, separated by a space 2.5X base of 1st dorsal; upper surface uniformly and thickly covered with fine denticles, except tip of snout and a narrow band around rear edge of pectoral and on pelvic fins, denticles larger in area between eyes and edge of pectorals; upper surface with thorns (adult): on rostrum (2-3 rows), 11 around inner edges of eyes, 7 along nape and 2-3 pairs on shoulders; rear half of disc with a central row of thorns that blends into 6-7 rows along top and sides of front of tail (row of thorns along each side of central row lacking in male), reducing to 2-3 rows at front of dorsal fins, 1-2 rows between dorsal fins; lower surface of disc and tail, and pelvic fins without denticles or thorns. Juvenile: denticles along center of disc but not on pectorals, 4-5 thorns along each inner edge of eye, only 2-3 thorns on nape and back to pectoral axils, then 1-2 rows along top of tail and between dorsal fins. 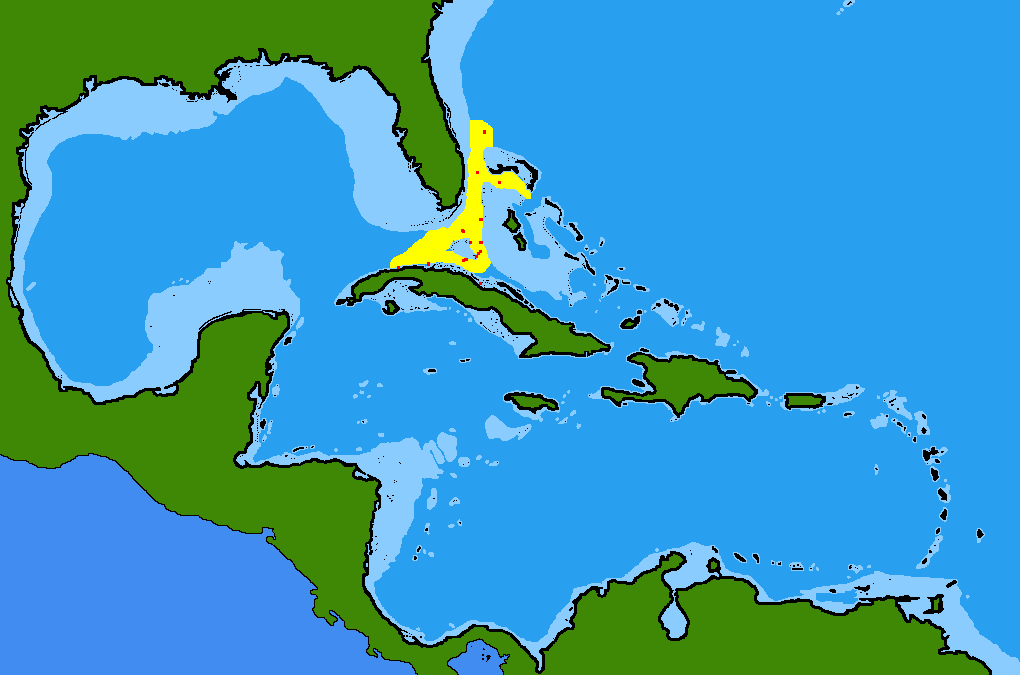