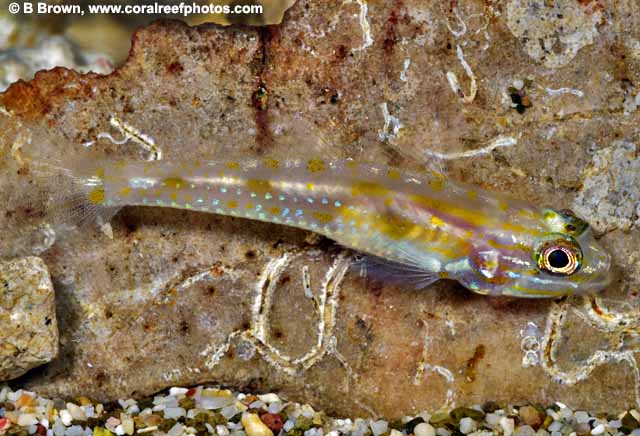 Ground color white; body with four rows of yellow/orange blotches: top row (10-11 blotches) along top body profile from head to caudal peduncle;  second row  (4-6 blotches) from operculum to under 1st dorsal fin; third row (10+ blotches, these largest & most strongly colored) from rear edge of eye to caudal peduncle, lowest row (5-7 blotches) from under of origin of second dorsal fin to rear of caudal peduncle;  numerous small spots of yellow/black among blotches in most rows;   first row of body blotches continues along the top of head to just behind the eye, second row continues forward as a yellow stripe through center of the eye to side of snout, third row continues forward as a yellow stripe along lower edge of eye to middle of the top jaw; an additional yellow stripe from preopercle to rear end of lower jaw; a black patch beneath front lower edge of eye; tail fin base with a dusky blotch that includes a thin internal dark cross-shaped bar , bordered behind at top and bottom by yellow blotches, lower of these much stronger; 1st dorsal fin with three yellow stripes, 2nd dorsal with 3-4; anal fin with broad yellow stripe along middle of fin; pectoral fin base with a strong yellow spot at top and bottom.

Known only from Curacao. 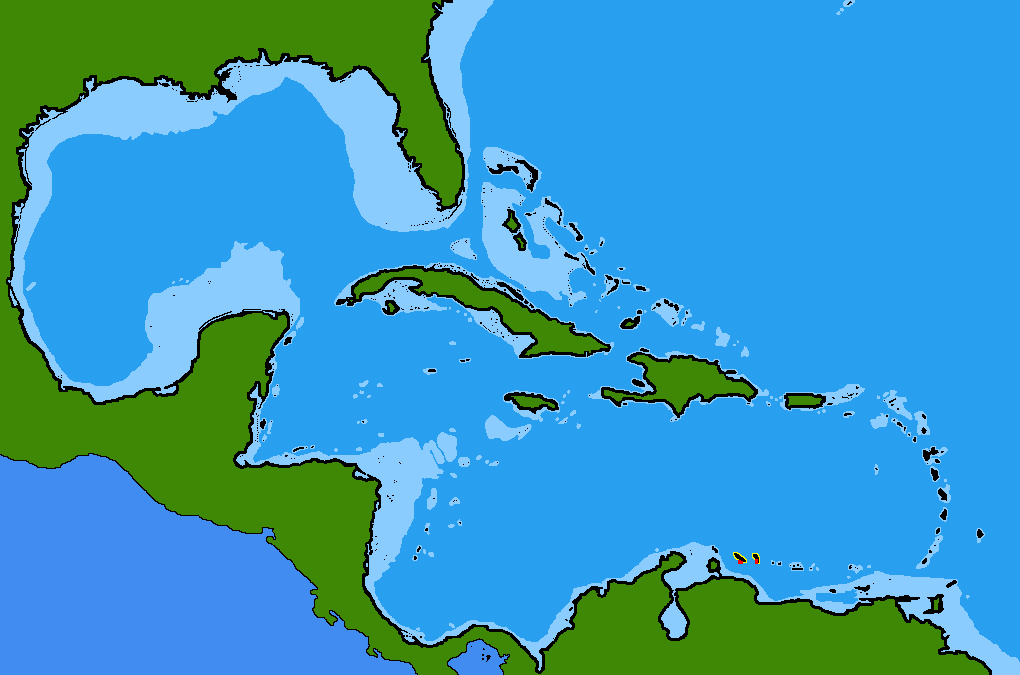