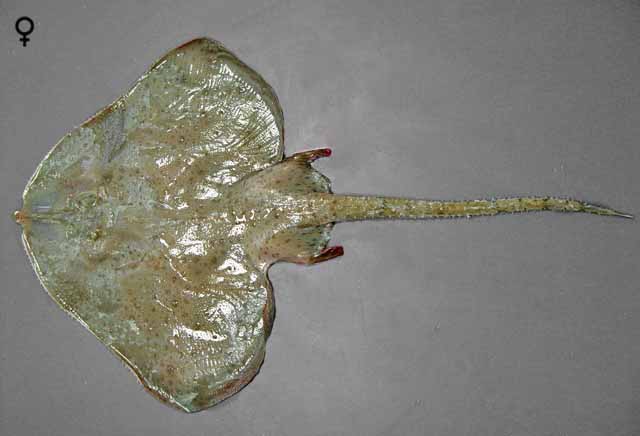 Heart-shaped disc, wider (1.19X) than long, with front margins undulating, tips of pectorals round; snout flexible,  short, blunt, supported to near its tip by a cartilage with a very slender tip; pectoral rays extending nearly to tip of snout; eyes on top of head, with spiracles immediately behind; nostrils a little in front of mouth, with front lobes from nostrils forming a curtain between them and mouth; mouth moderately arched on each side of center, center of lower jaws without a spatula that overlaps indented center of top jaw; pelvic fin with 2 distinct lobes joined by membrane, rear lobe large, front lobe 66-77% length of rear lobe; upper surface of disc and sides of tail evenly covered with small denticles, none on pelvic fins; thorns not conspicuously large, with smooth basal cones, 6-9 in a semicircle around inside edges of eyes, a triangular patch of 15-22 on nape and shoulders, 3 central rows of small thorns from behind point of maximum disc width to first dorsal fin, with another row on each side along front half of tail, those along midline very small, those on tail larger than those on disc underside of disc and tail smooth; tail 1.37-1.57X length of disc, width of its base distinctly >eye;  tail with 2 dorsal fins, those touching at base; tail fin with upper lobe that is <½ height of 2nd dorsal fin &, lower lobe absent; side of tail with a narrow fold along rear ¼ to tail tip; sex organs of males rod-shaped, tapering to a narrow tip. 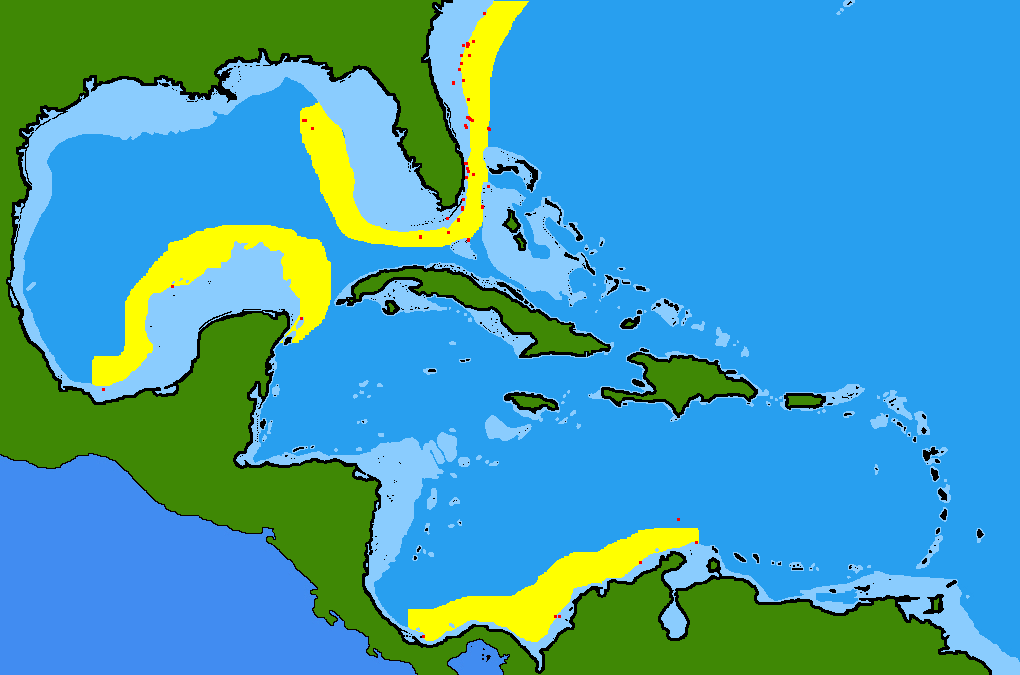