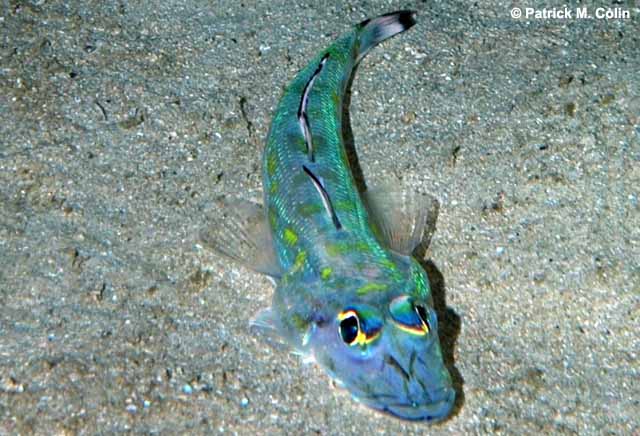 Two (rarely 4) wide black saddles on back, 1 under rear part of soft dorsal, the other on the rear of the tail base; 1st dorsal with a triangular  black blotch on outer part of membranes I-III, and a large black, half-moon shaped blotch on the basal part of membranes I-V; 2nd dorsal with a black outer stripe, and a black base above each of the two body saddles; upper base of tail fin of female with a black ocellus, with a black wedge in male, top, rear & bottom edges black; anal fin transparent in both sexes; pectorals & pelvics with dusky rays.

The central Caribbean to Guyana. 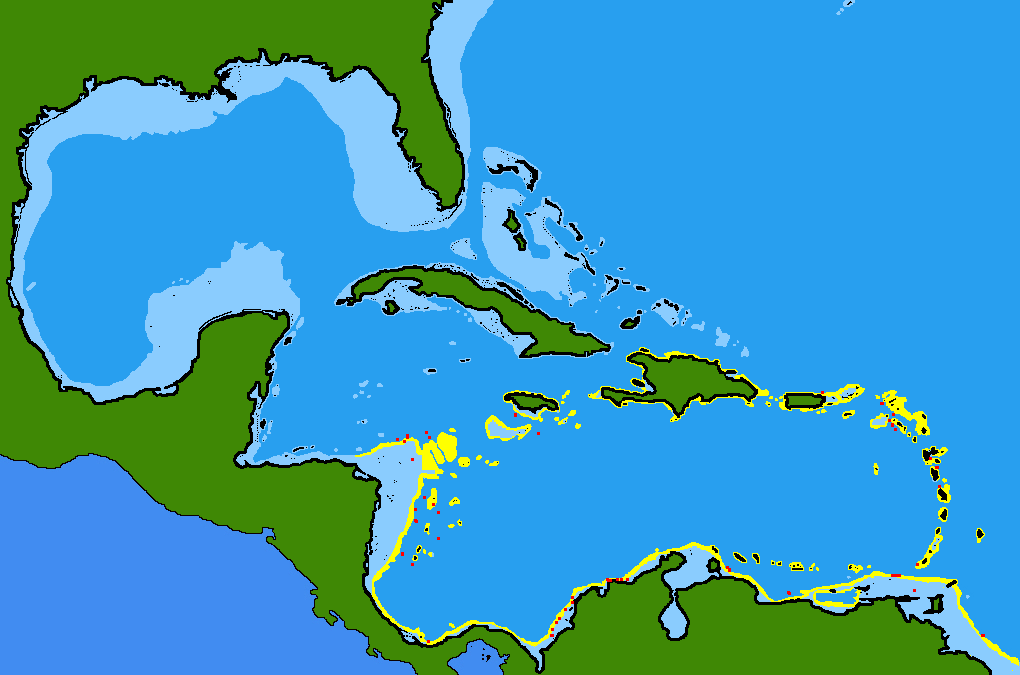