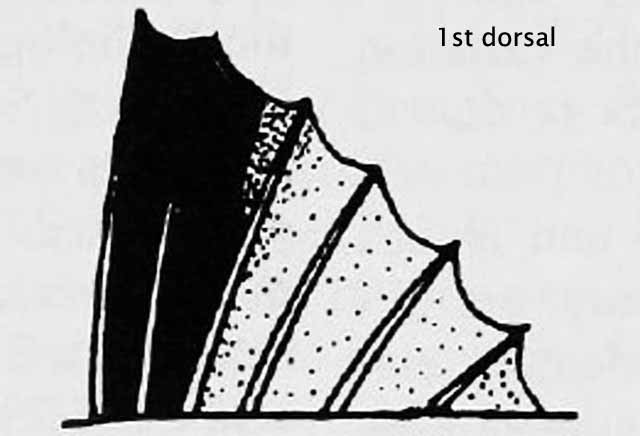 Body with a series of 3 large elongate dark spots along mid-side between anus and end of dorsal fin base, 1st just below lateral line, others just above it, a 4th small spot at base of tail fin, on the same line as the 3 large spots; upper back with 3 narrow dark bars between the flank spots; first dorsal fin with black vertical bar at front across 1st 2 membranes, rarely part of 3rd, rarely a small black spot at base of fin behind 3rd spine; 2nd dorsal fin with outer 1/5 black; anal fin clear or with very thin black stripe in female, that of male with a broad black margin; tail fin with rear ¼-1/3 black.

The Bahamas to the SW and NE Caribbean. 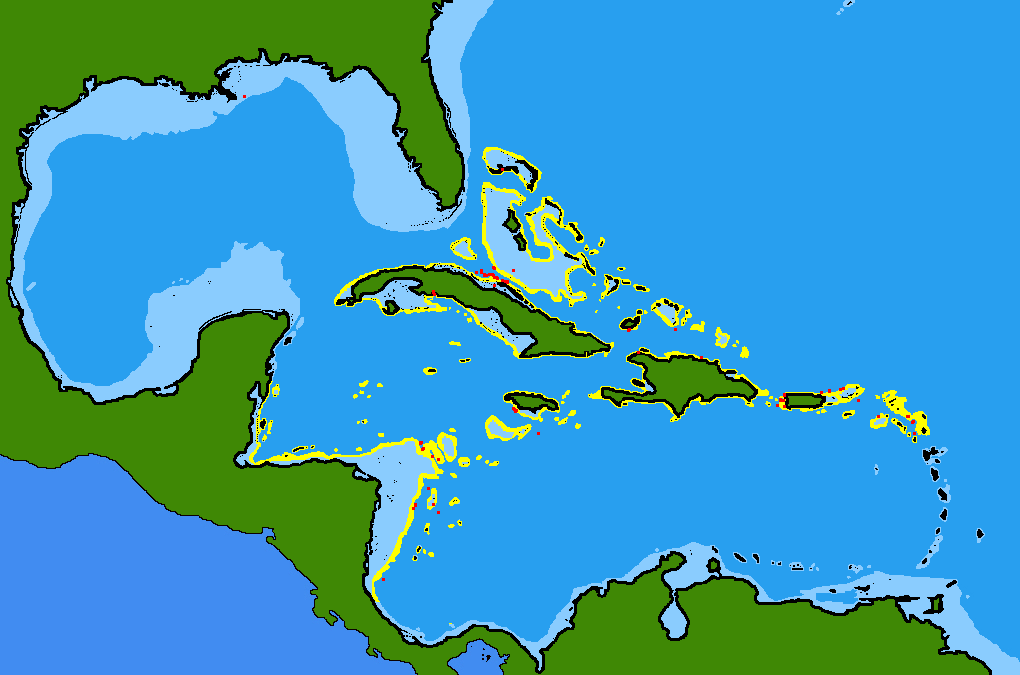