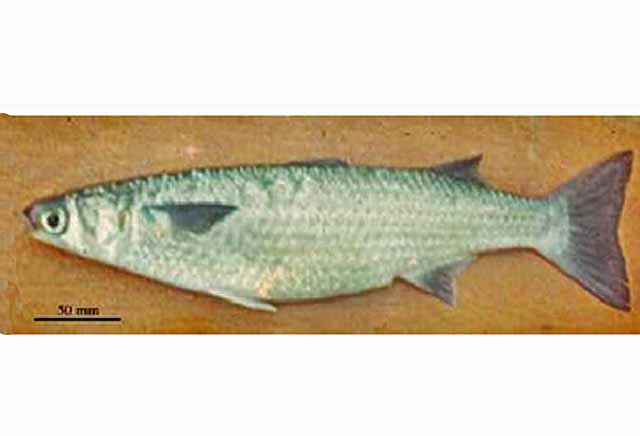 Silvery; fins dark except pelvics, which are whitish; some flank scales with a red central streak; a yellow blotch on the operculum. 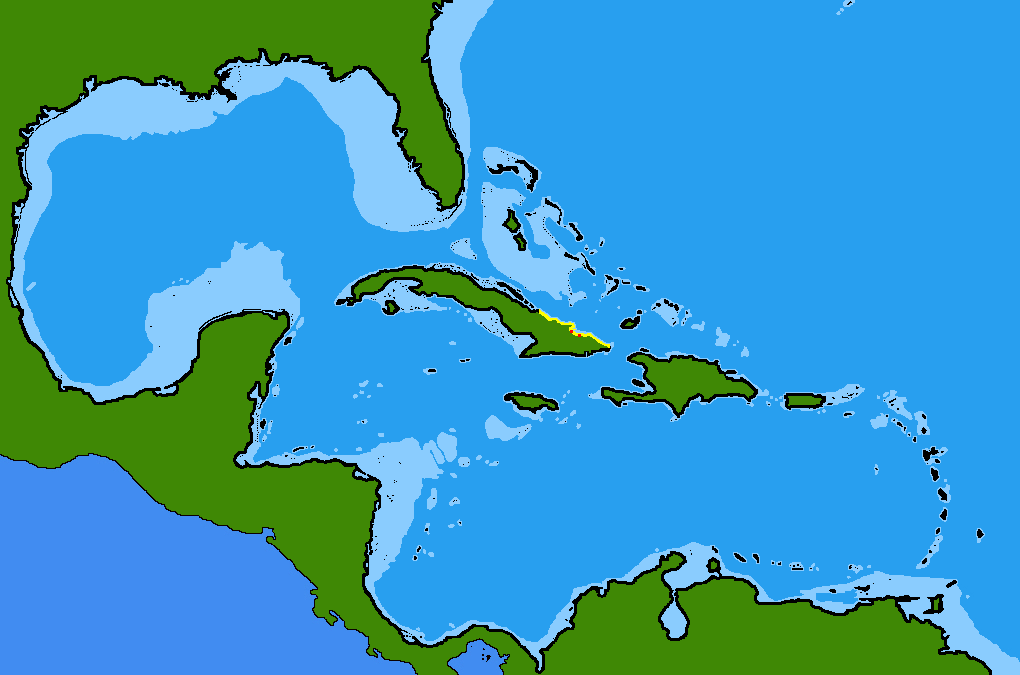