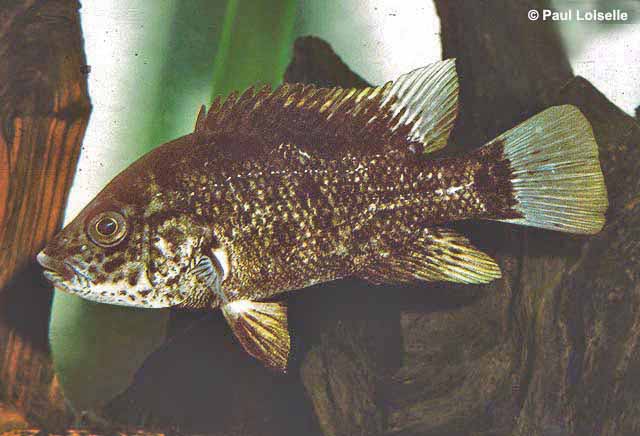 Grey-brown to blackish brown; pale body patterned with black spots in scale centers and black scale edges; commonly with 3 or more blotches along mid-side connected by a dark stripe - one on base of tail fin, one at mid-side, one at upper edge of operculum; fins colored as body; juvenile occasionally with dark vertical bars. 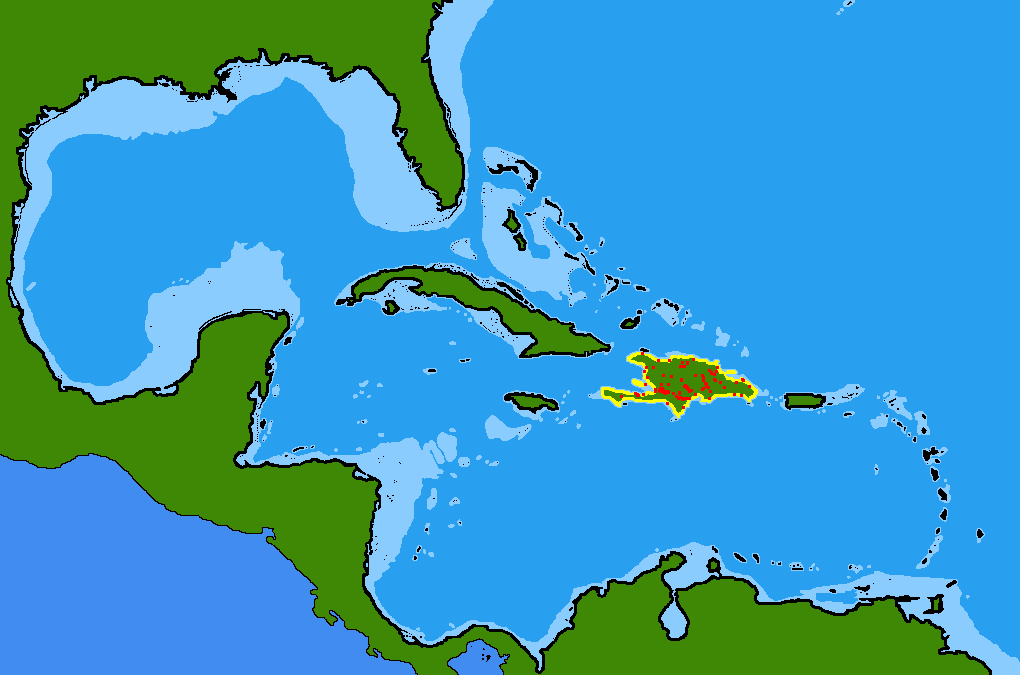