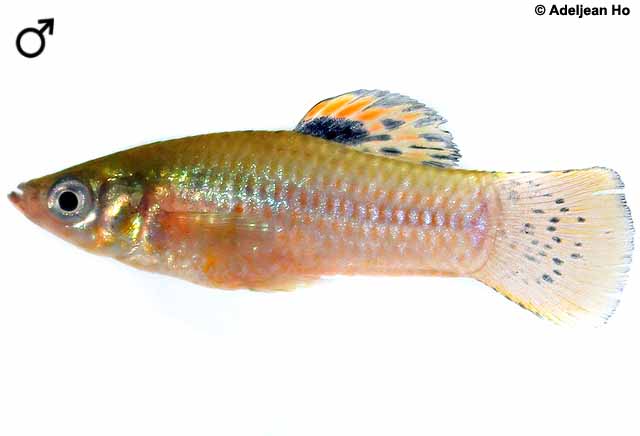 Body grey-brown to yellow with blue sides to orange along lower body; dark streaks along flank; sometimes a dark spot just behind the top corner of the operculum; dorsal fin with a large dark blotch at its base, spots outside that; inner 2/3 of tail fin with irregular rows of spots. 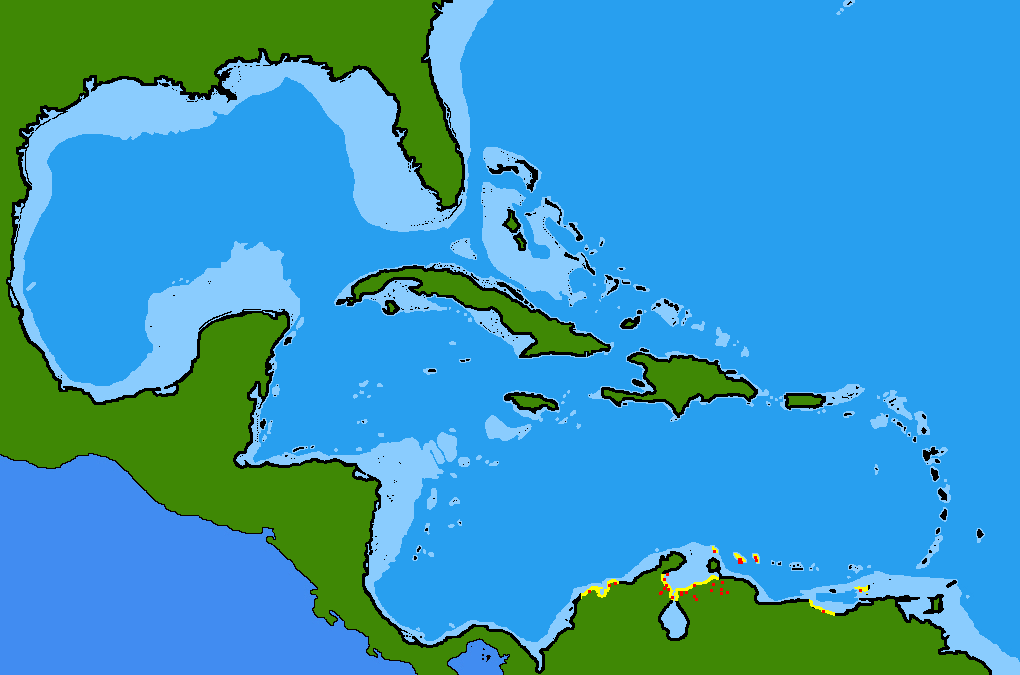