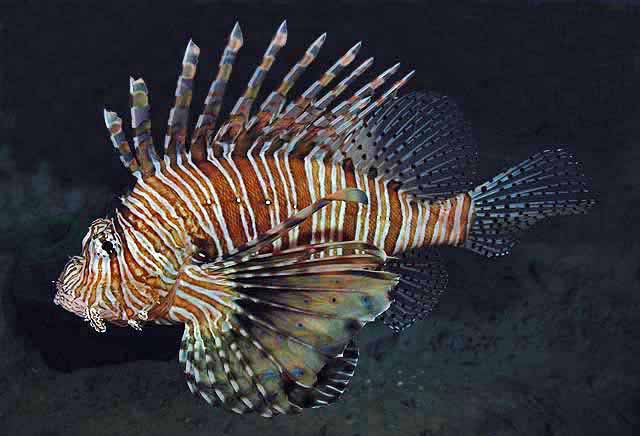 Body pale red to whitish, with ~8 broad brown to blackish bars, each one separated by several thin dark bars; head with similar bars, those on rear of head diagonal and extending onto chest; fins with whitish tips.

Lives on reefs, usually in sheltered habitats, often in harbours. Found in caves during daylight hours.

Its native range is the E Indian Ocean to the W and Central Pacific; apparently introduced to SE Florida in the early 1990s, and as of 2011 had spread throughout virtually the entire Greater Caribbean.

Note: P. volitans was recently (2017) shown to be a hybrid of P. miles, from the Indian Ocean and  P. russelii from the west Pacific, and hence is not a valid species. In addition to P. volitans  a small percentage of the Greater Caribbean population consists of P. miles, which is rare among the fish captured in Florida, and currently is known only from the eastern US. 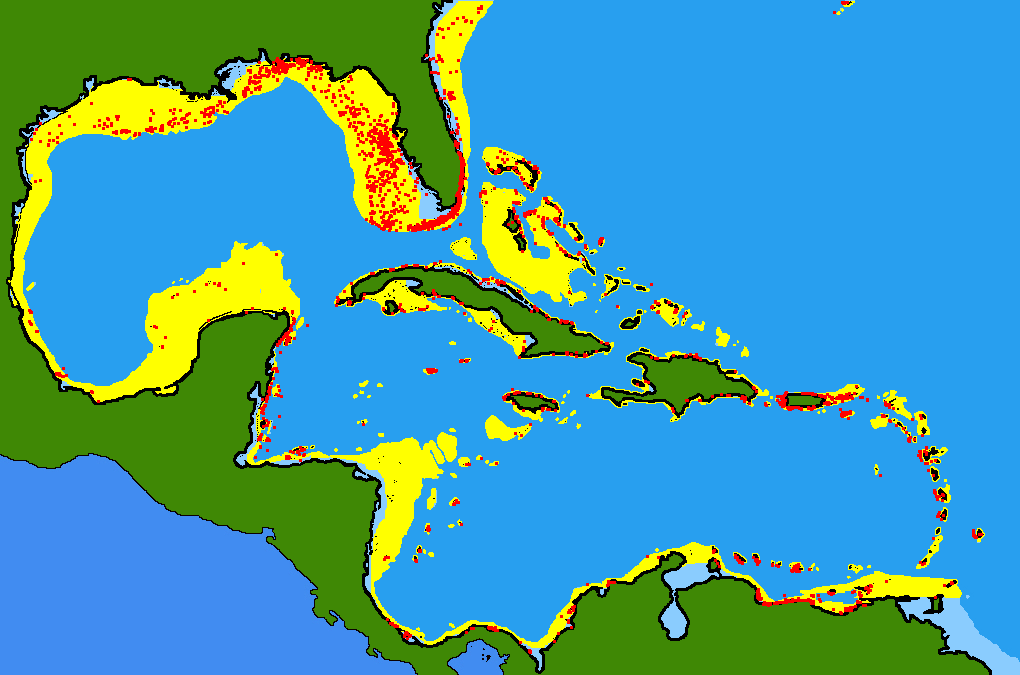