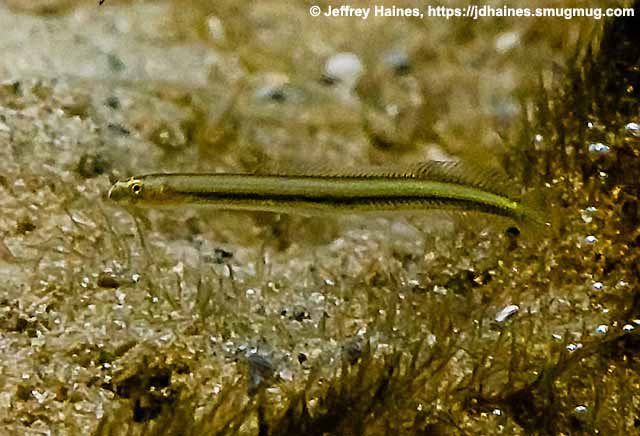 Body and head with 2 dark stripes, one on upper side from tip of snout to tail base, similar stripe lower along side that joins upper stripe on tail base; dorsal and tail fins with very small dark spots. 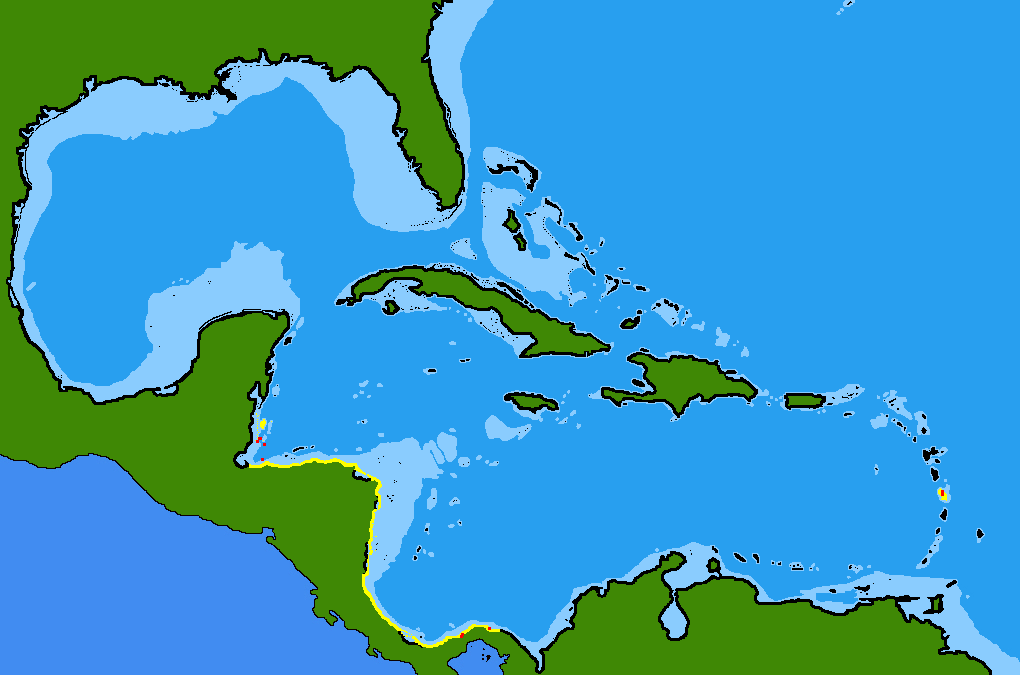