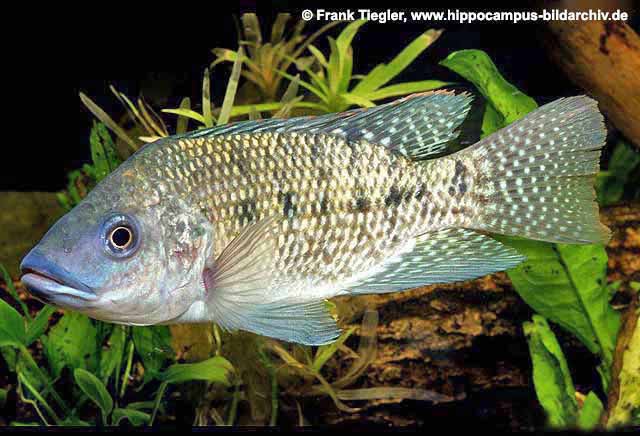 Female and non breeding male; silvery; 2-4 dark blotches along midline of flank, these joined by narrow bars to a second row of blotches on upper back; a dark blotch at top rear corner of operculum; tail fin with narrow dark bars at base and upper half of fin. Juveniles with a large dark, whitish edged spot on base of front dorsal fin rays. Breeding male: dark olive to black; lips may be pale or black; underside of head not white; outer edge of dorsal fin, and edge or top half of tail fin red to orange.

Lives in fresh and brackish water.

Originally from SE Africa; introduced to our region for aquaculture purposes. 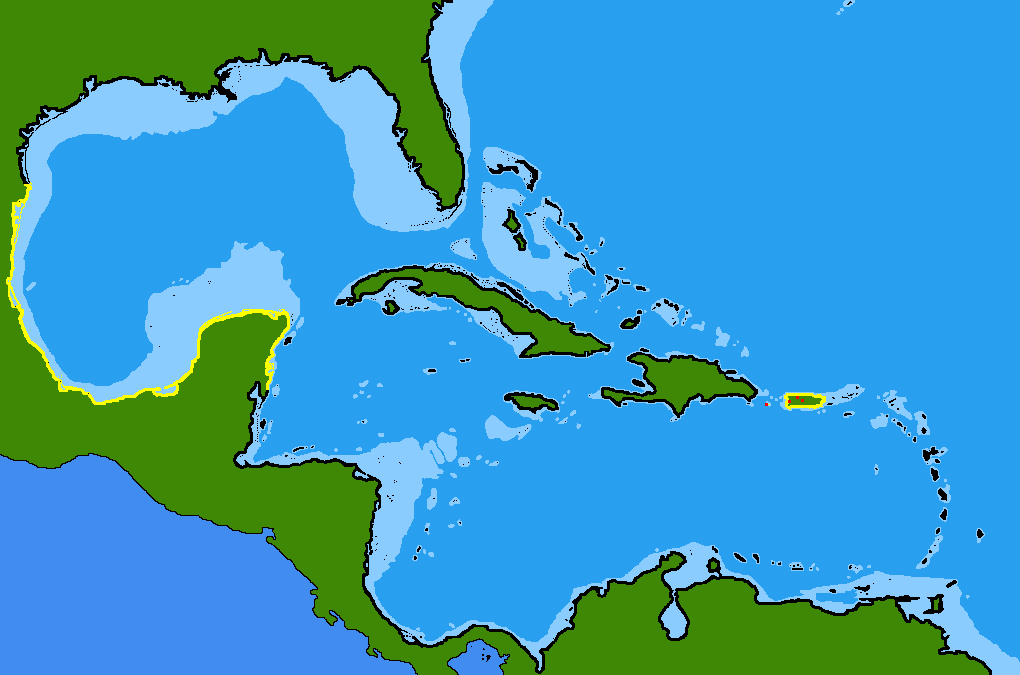