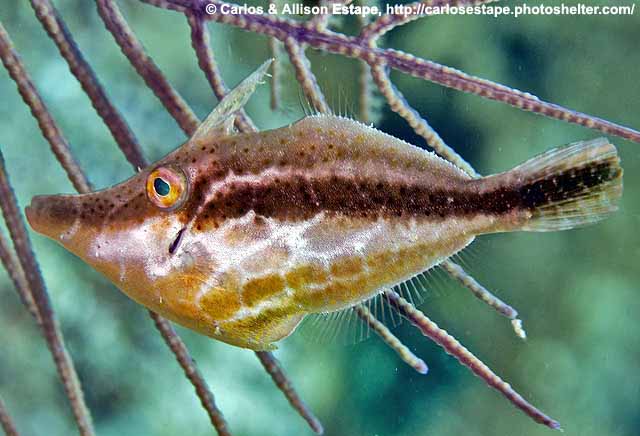 Body elongate and slender (depth between origins of soft dorsal and anal fins 31-39% SL), compressed; snout relatively long, upcurved and projecting (25-28% of SL; a small mouth that opens at front; teeth moderately strong, six in outer row on top jaws and six in a single row on bottom jaws; gill opening a short slit on side before pectoral base; 2 dorsal fins, 1st with II spines, 1st spine over rear 1/2 of eye, long, serrated at rear, toothed along front and sides, does not fold down into a deep groove, erectile, can be locked in position by small 2nd spine; 2nd  dorsal fin without a distinct hump at front of its base, no rays elongate; pelvic fin rudiment evident as a spine protruding from a group of enlarged scales, those scales flexible dorsoventrally; scales minute, innumerable, skin rough; tail base of large juveniles and adults with 2-4 pairs of large spiny scales, those curved forwards in male; large males with a patch of bristles around spines; skin flap between pelvis and anus relatively large; none of dorsal fin rays elongate.

Variable shades of brown to red-brown with grey, darker above and often with a broad darker stripe extending back from eye; often with a network of white lines on body.

The Carolinas to the S Caribbean. 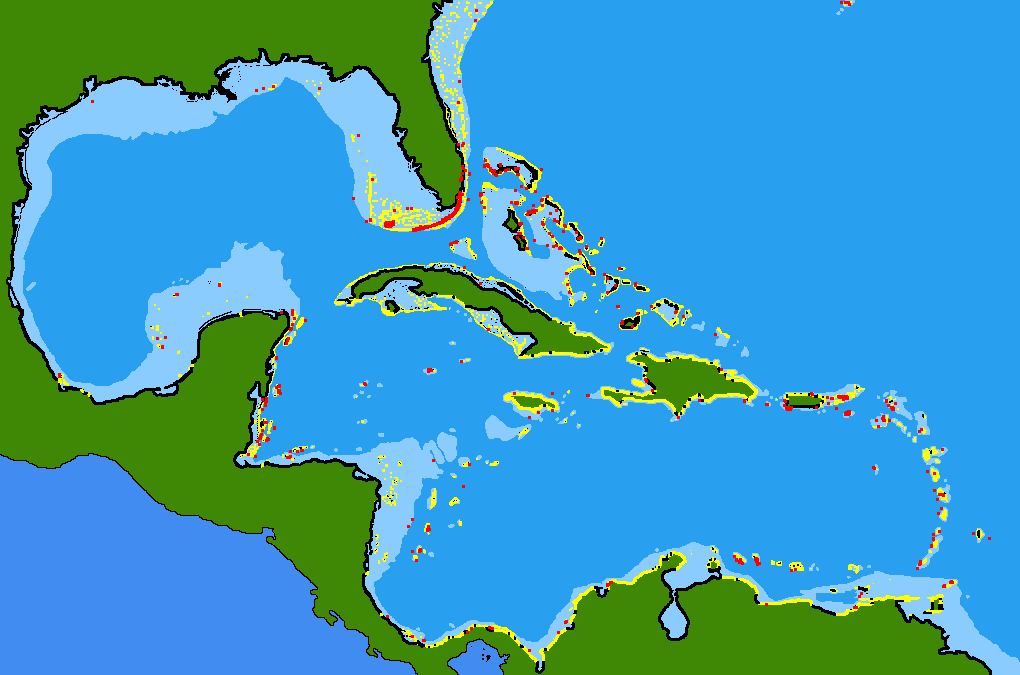