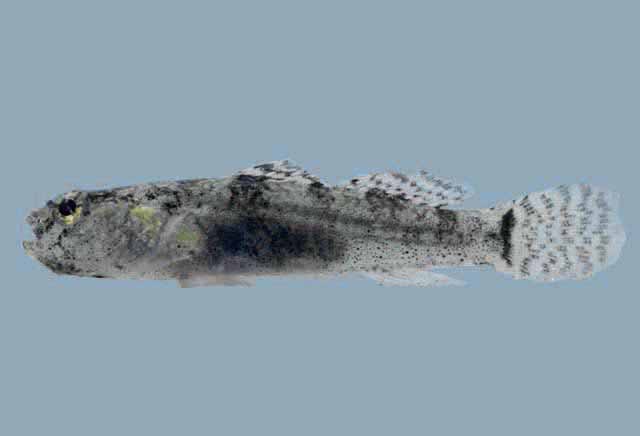 pelvic disc round
2 patches scales - behind pectoral base & 3-11 rows on tail base, none on C base
Images
This Species (1) This Genus (11) Similar Species (2)

Body robust; head rounded, wider than deep; 1 pore between eyes; no pore over opercle; 2 preopercular pores; no barbels on head; front nostril a short tube, rear nostril a raised rim; upper lip separated from snout by a groove along its top edge; no teeth on roof of mouth; gill membranes broadly joined to body under throat, with 5 rays; dorsal fin VII (rarely VI or VIII), none filamentous and elongate, + I, 10 (9-11); length of 2nd dorsal base > distance from 2nd dorsal base to tail fin; anal fin I, 8 (7-10); pectoral fins 16 (15-18); pelvic fins I, 5, all rays branched, disk complete, with well-developed membrane, fin reaching ½ to ¾ distance to anus; caudal fin rounded, with 17 branched rays; scales in two isolated patches, behind pectoral base and 3-11 rows on tail base, none on tail fin base; no lateral line.

Body tan, almost completely covered with light-brown spots, with five bars, from the pectoral fin to the tail;  top of head darker than body, more or less marbled with dark-brown lines; one or two dark-brown streaks radiating from eye; base of the first dorsal fin brownish, outer part lighter; second dorsal fin similar; tail fin with a thin, strong dark bar at its base and about four brownish bars, faint in color; anal fin pale at outer edge, base of fin with a broad dark-brown band; pectoral fin brownish near body, becoming lighter toward margin, fin base with two large brown spots near bases of fifth and sixth rays, and one or two others near base of lowermost rays. 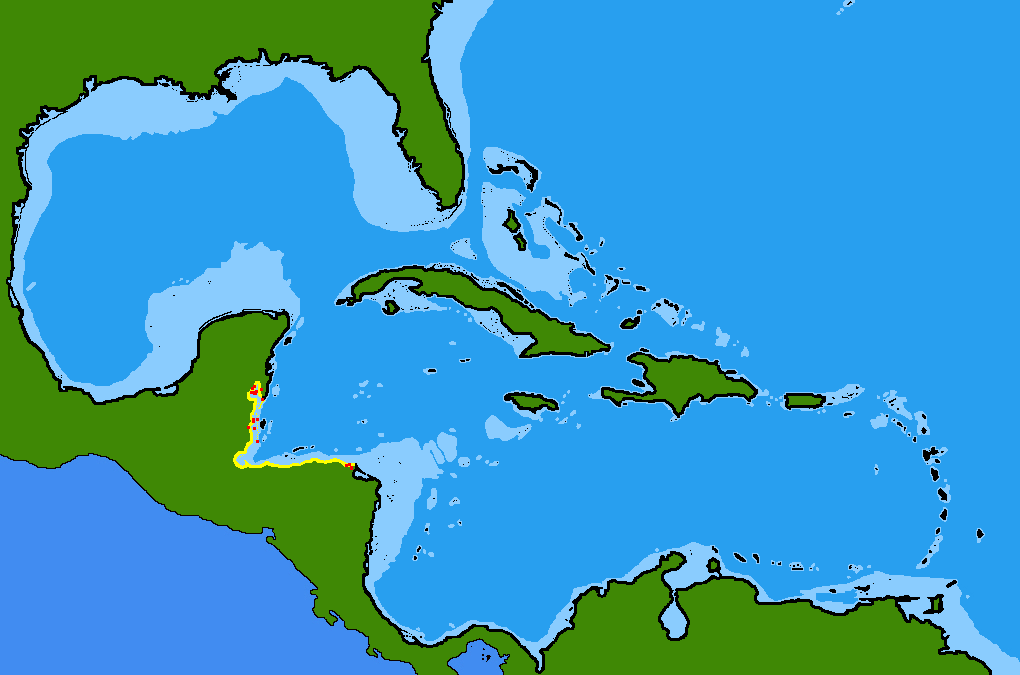