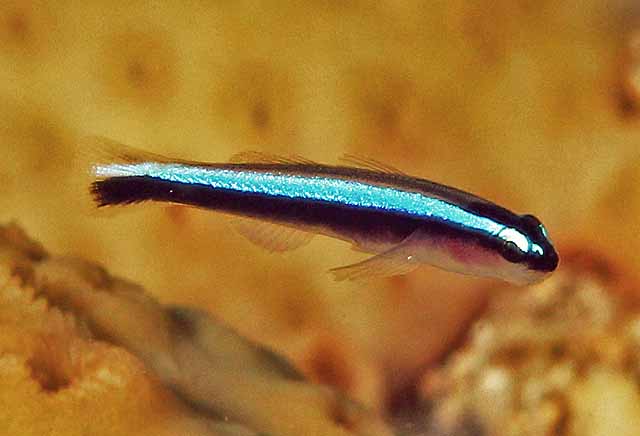 Dark blue-black; an iridescent broad blue stripe along body from a little in front of eyes (but not meeting across snout, and no pale center on snout) to near the end of the tail fin; no pale grey stripe separating blue stripe and black of back; dark lower stripe wide, extends to end of tail fin.

Habitat: Found associated with coral heads and on rock substrate, occasionally found on the outer surface of large sponges.

Georgia to the Gulf of Mexico 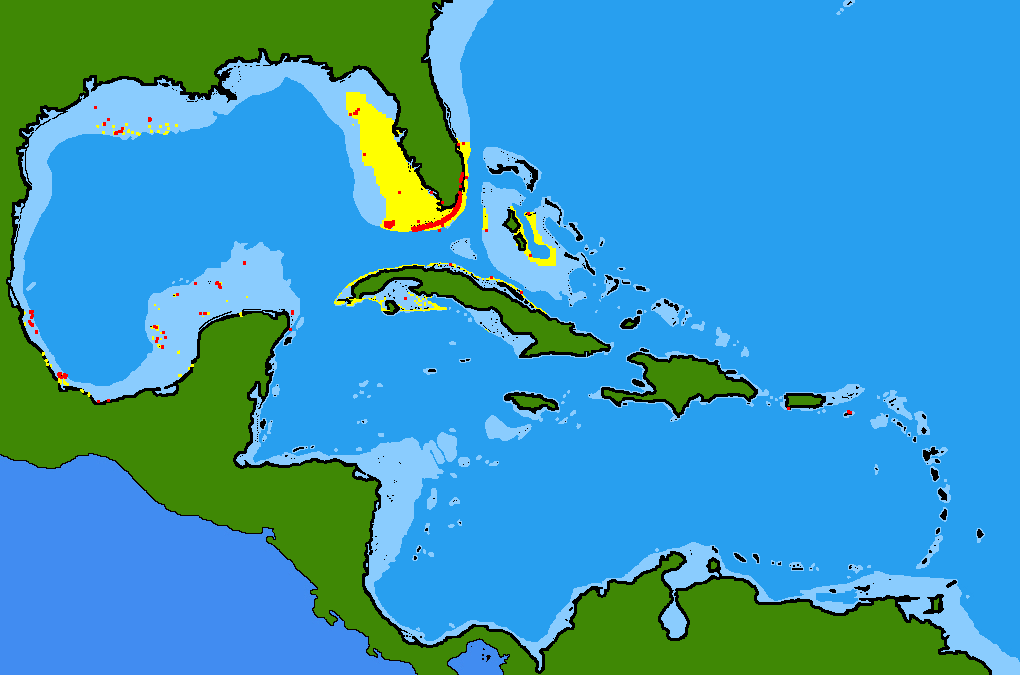