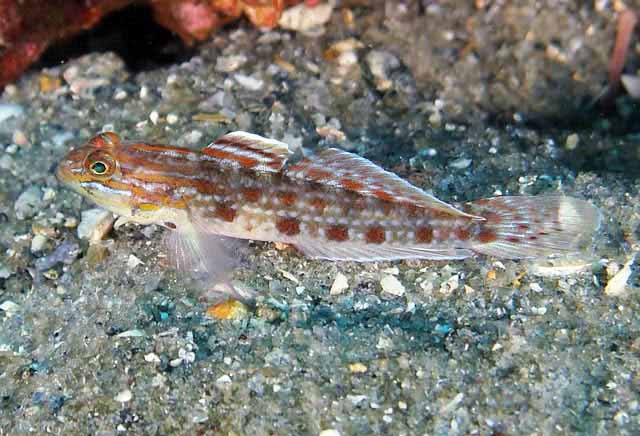 Translucent; top of head with a central orange line behind eye; 3 orange stripes outlined in black extend from behind eye to above pectoral fin, the bottom stripe extending onto the top of the pectoral base; a pale bluish stripe along cheek under the bottom orange stripe; two series of alternating orange blotches or spots along the flank; a large dark spot at lower base of pectoral fin; no dark triangle over operculum; two brown blotches on base of tail fin.

Habitat: inhabits silty holes near the base of rocky reefs.

North Carolina to the Gulf of Mexico. 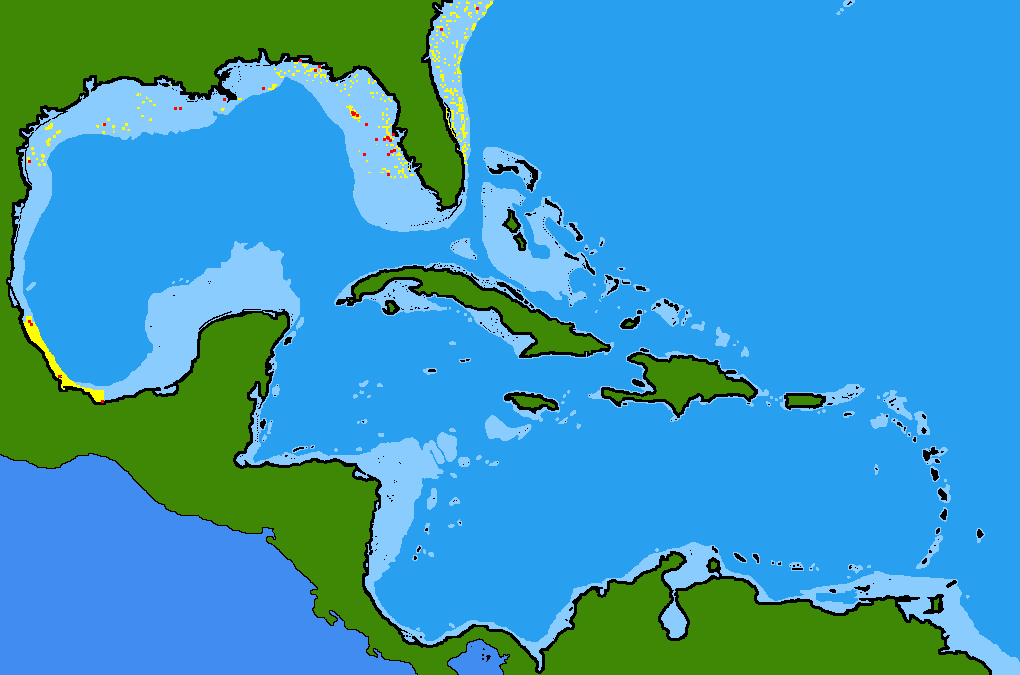