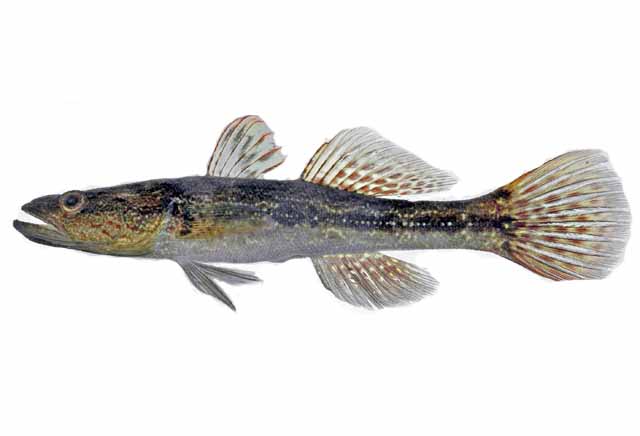 Body elongate, cylindrical, narrowing to rear; head elongate, conical in profile, depressed above; mouth large, lower jaw projecting; teeth small conical, in several rows on jaws; teeth on front of roof of mouth; gill openings extend forward nearly to the level of the angles of the mouth, separated from each other by a very narrow isthmus; gill membranes with 6 rays; gill rakers 16 (14-17);  dorsal fins VI weak spines + I, 9, fins well separated, base of 2nd dorsal < distance from the end of that base to tail fin; anal fin I, 9 (rarely 8 or 10);  pectoral 17 (16-17), broad and fan like; pelvic fins I, 5, long, completely and widely separated; tail fin rounded, with 14 (rarely 13 or 15) principal rays; scales rough on body, smooth on head, medium sized, 56-58 (55-64) in lateral series, on body, forehead, cheeks and operculum; no lateral line; 1/4-1/3 of base base of pectoral fin scaled.

Dark brown to olive brown above and tan to yellowish tan below; several faint dark stripes on operculum; an oblique blackish bar across rear 1/2 of 1st dorsal; rows of spots on 2nd dorsal and tail fins; juveniles with more intense colors; a black stripe formed by a series of blotches from snout, through the eye to the base of the tail fin; tail fin base with 3 black spots, in the center and top and bottom profiles.

Both sides of the Atlantic; Bermuda to Brazil. 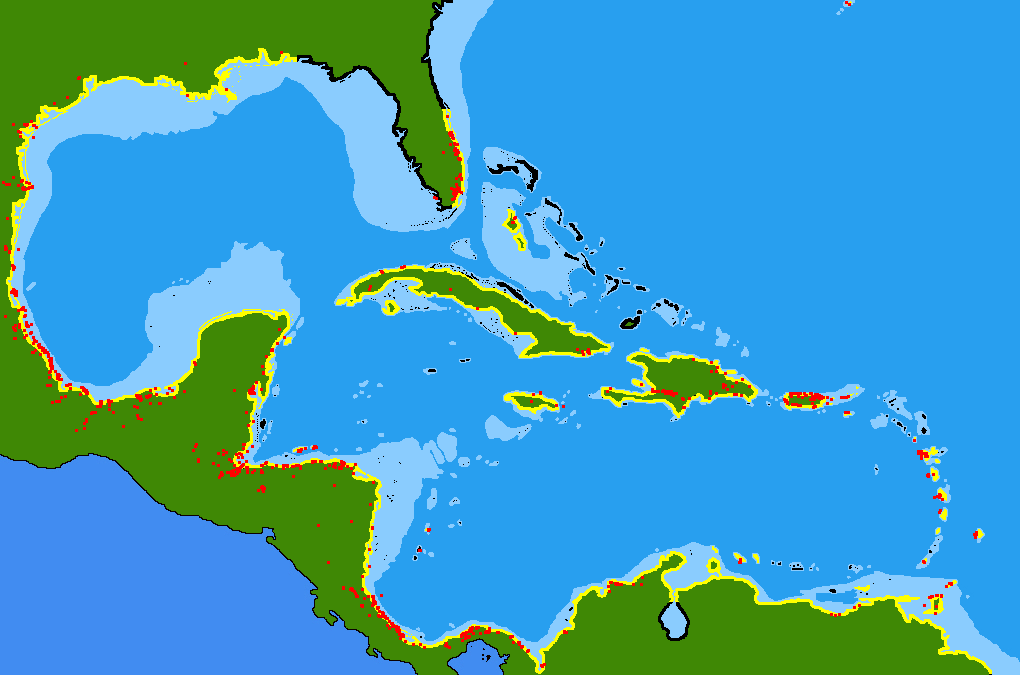