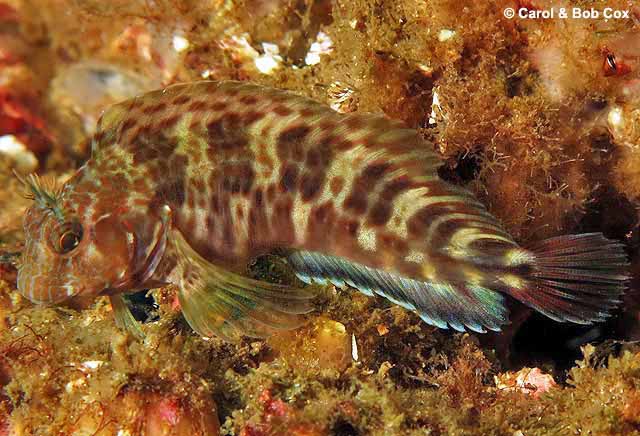 Male is grey-brown, with a pattern of indistinct paler irregular lines; female is mottled grey-brown; a dark spot at front of dorsal fin; often a dark spot at base of tail fin, rest of fin with faint bars in female. 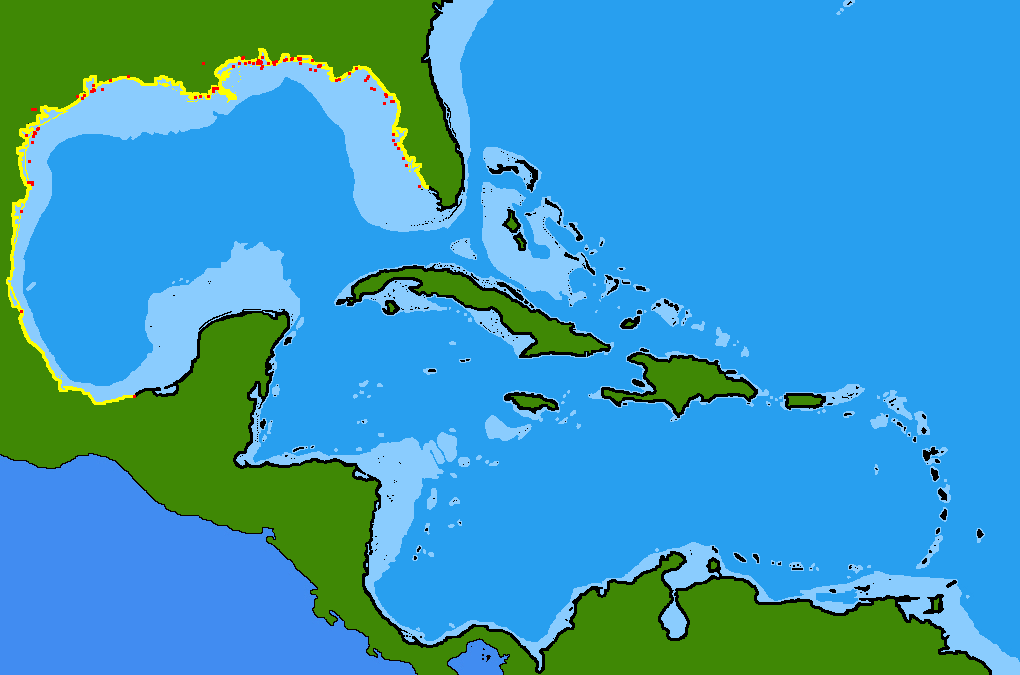